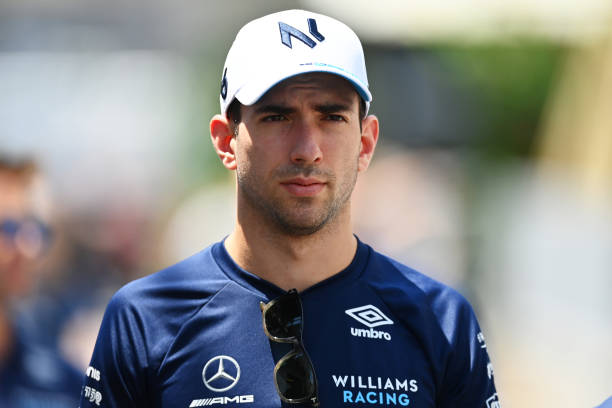 BAKU, AZERBAIJAN - JUNE 09: Nicholas Latifi of Canada and Williams walks in the Paddock during previews ahead of the F1 Grand Prix of Azerbaijan at Baku City Circuit on June 09, 2022 in Baku, Azerbaijan. (Photo by Dan Mullan/Getty Images)

Former Williams driver Nicholas Latifi has opened up on his unachieved hopes and dreams in motorsports top tier, Formula 1. The Canadian had been a part of the British racing team for over four years when he joined as a reserve driver in 2019.

Latifi rose through the ranks of Formula 2 whilst undergoing stints as a test driver and reserve driver at an array of F1 teams. Despite evidence that a 27-year-old can find their way into an F1 seat from a reserve driver role (Nyck de Vries), the Canadian driver has said that he doesn’t see himself regressing into a third driver role.

“I think the only way I would consider a third driver role is if I saw a realistic way to return to the grid in Formula 1,” said Latifi earlier this month on the Beyond the Grid podcast.

“Which, speaking bluntly and honestly, I don’t see to be the case.”

In an emotional farewell after the Abu Dhabi Grand Prix, Latifi opened up to reporters about how he wished he could’ve achieved more in Formula 1.

“I’m very grateful for the three years I’ve had with Williams in Formula 1,” he said.

“I’m leaving the sport feeling like I wanted to achieve and accomplish more, however, it doesn’t always work out like that in motorsports.

“Along the way there have been highs and lows with many strong bonds and friendships that I’ll cherish.”

Despite the unfortunate final race that saw the 27-year-old retire due to an electrical issue after an incident with Mick Schumacher, Latifi reflected on his favourite career with Williams.

“There have been some great moments to enjoy during my three years as a Williams Racing Driver,” wrote the Canadian on WilliamsF1.

“My personal highlight would be my first points finish in Budapest.

By Jay Winter20 hours ago

“To pick up my first points in Formula One during a very difficult race, and to also score a double points finish for the team, it was pretty special on a personal level.

“Fast forward to this year, and I had my first Q3 appearance and the first for the team this season at Silverstone, which was pretty cool in wet conditions.

“Then again in wet conditions, my first points finish of the season in Suzuka was a nice feeling too.”

Williams team principal Jost Capito who took over the team in 2021 and made the decision to move Latifi on for Logan Sargeant, also shared a few words about Latifi.

“I’d like to say a huge thanks to Nicholas for his three years racing with the team,” said the German.

“He’s a much-loved member of the team and will always remain a member of the Williams family – we wish him all the very best of luck for his future.”

While Latifi’s Formula 1 career was not the most glamorous, the Canadian driver has shown his moments of brilliance and will go down as a modern-day F1 cult hero. Simply always being remembered as ‘Goatifi’.