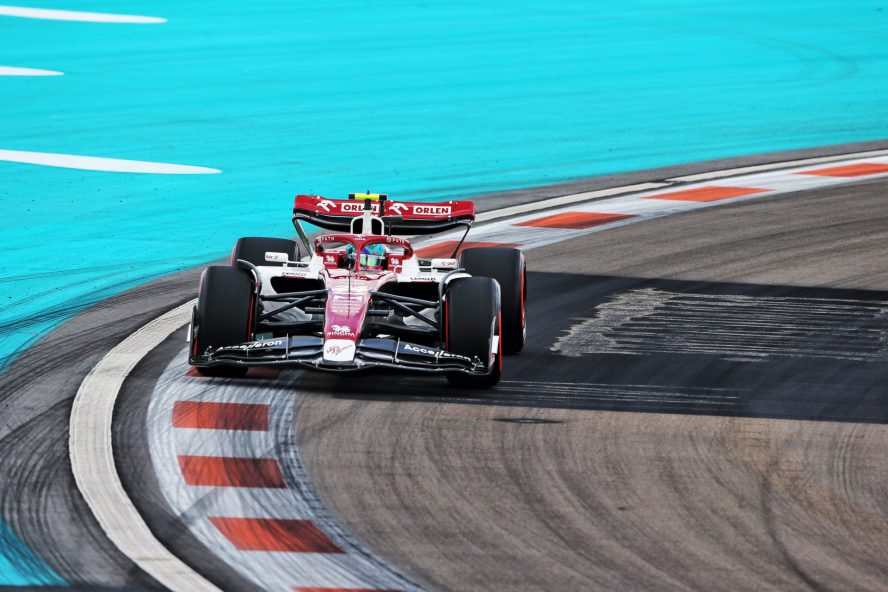 Formula One drivers have pleaded for changes to next year’s 2023 Miami Grand Prix with Esteban Ocon saying the tarmac was a “disaster”.

The Alpine driver who finished eighth in Miami was upset with the conditions of the race track, saying there was not enough grip off of the race line.

“You cannot do a dive on the inside of anybody, when you go off-line you lose half a second,” said the Frenchman.

“There was only one line. It’s not working at all.

“We were told before coming here these stones from Georgia are the best in the world, best tarmac in the world, and it’s a disaster.”

Mercedes driver George Russell who was able to come home in fifth place believes the track needs adjustments for 2023.

“They need to do something,” said Russell.

“One, it’s a safety issue, and secondly it just does not offer good racing.

“You can’t go side-by-side around the corner because there’s zero grip offline.

“It’s like driving on slicks after it’s been wet and there’s only one dry line, it is driveable, but it depends if you want to offer good racing.”

“The racing line, of course has a bit more grip than off-line,” said the reigning World Champion.

“But I think the difference here is a bit too much in places.”

Mercedes driver Lewis Hamilton came home to finish sixth behind his teammate Russell and whilst the seven-time World Champion believes the Miami track is “great”, the Briton says the chicane at turns 14 and 15 needs to be assessed.

“There’s a couple of bumps that we could probably fix,” said Hamilton.

“We should probably get rid of the chicane.”

Championship leader and Ferrari driver Charles Leclerc was in agreeance with Hamilton. Whilst understanding the decision to feature the chicane, the Monegasque admitted it needed amendments

“It’s a new track that you’re always going to go through these phases and we’re already in touch with FOM (Formula One Management), with Ross (Brawn) and his team to actually sort it out and put together a better piece of circuit.”

The drivers have two weeks to get over the track conditions in Miami and get their heads straight for when Formula One goes back to Europe for the Spanish Grand Prix.