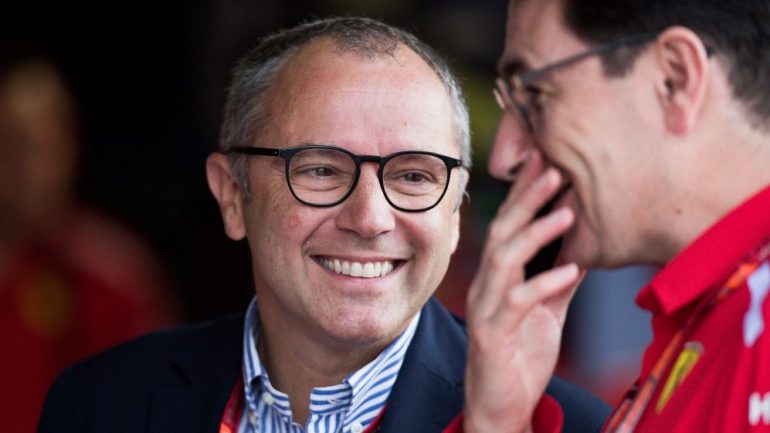 F1 CEO, Stefani Domenicali, has stated that Drive to Survive’s effects on the audience must remain positive. If Netflix wants the series to continue, Domenicali believes it must “add value” to the sport.

The long-awaited Season 4 of Drive to Survive comes out this Friday (11th)! Many are excited to see the behind-the-scenes drama of what was an incredible season. There have been reported to be episodes on *that* Silverstone crash, Ricciardo adjusting to McLaren, and Tsunoda’s rookie year (just to name a few).

It’s not just the fans who are excited about Drive to Survive, Stefano Domenicali is too. He believes the series has done great things for the sport and believes it has even gone as far to open up access to new markets.

“There is no doubt that Drive to Survive has had an incredible effect, mainly on the new audiences, and also in other new markets like US for sure,”

Domenicali believes the series has brought masses of new fans from all around the world. This helps F1 grow out of its eurocentric, closed fan base image.

Domenicali does give a warning, however, for future series of the Netflix show. The F1 CEO has said that if the series becomes less unique and just “another way to talk about F1”, F1 may need to renegotiate its terms with Netflix.

At the moment, however, Domenicali is happy with the partnership and calls Netflix “friends” of F1.

He also cannot overstate how much he believes Netflix has done for the sport:

“But for sure, this platform has been a vital part on the growth of awareness, mainly with the young generation and with newcomers of F1. And for that we need to thank that vision, and the process and the quality, that has been really very, very good.”

This isn’t a one-way street. Netflix has benefitted greatly from the partnership with F1.

The partnership seems to be working extremely well and Maeffi hopes that the “marriage continues for a long time”.

As we know, the series isn’t popular among all fans as many believe it over-dramatizes some aspects of the sport/ racing season and then misses out on important parts and interesting sagas.

Whether you will be watching it, or not, we know there will be lots of drama being revealed after its release later this week.