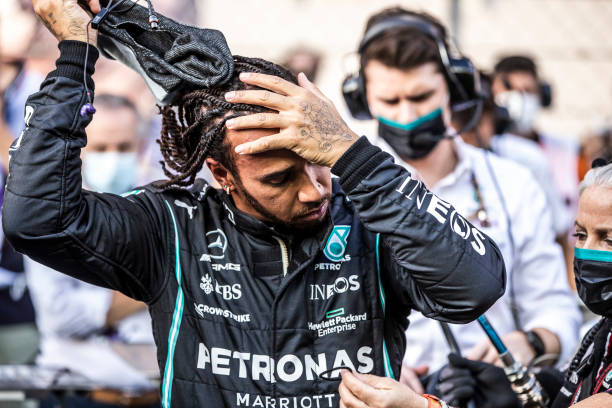 Could Hamilton Be Banned From Monaco Grand Prix?

Lewis Hamilton has been warned that he could be banned from participating in the Monaco Grand Prix if he fails to remove his permanent jewellery. The Mercedes driver currently has a two-race exemption without punishment from the FIA in order to have enough time to remove permanent piercings that are difficult to take out.

The seven-time World Champion has been in a “war” with the FIA regarding his jewellery and piercings and remains defiant saying that Formula One has “bigger fish to fry”.

Although Hamilton now removes his earrings for when he races, the Briton refuses to take out his nose piercing. Sky Sports reporter Ted Kravitz believes the Mercedes man’s actions may cause further drama for the 37-year-old, claiming it puts Hamilton’s participation in Monaco at risk.

“He’s taken his earrings out but he can’t take out his nose [stud] and we thought he was going to have minor surgery to take out the nose [stud],” said Kravitz on Sky’s Ted’s Notebook.

“Hamilton’s now saying, having been given two races’ grace, here (Miami) and in Barcelona, that he will not take out his nose [stud]. He doesn’t want to.

“[He] doesn’t think it’s something the FIA should be doing, so it looks like the war between Hamilton and the FIA continues.

“Is he going to rack up fines when we get to Monaco and he hasn’t taken it out because the hole has closed up?

“It’s not as easy as him being able to just take it out like he can his earrings.

“So there is a little storm brewing. Hamilton has said they can fine me whatever they want, but it’s not as simple as that.

“If the FIA decide to not scrutineer the driver, which it looks like they can do, they can stop Lewis from going out of the pit lane at the beginning of Friday practice because he has not been scrutineered

“The driver is now effectively scrutineered in the same way as a car is.

“This could get very nasty quite quickly in a race-and-a-half’s time.”

With Hamilton making it clear that he doesn’t want a public dispute, Mercedes boss Toto Wolff is confident that Hamilton and FIA president Mohammed bin Sulayem will come together and resolve the issue.

“What was needed was a dialogue between Lewis and Mohammed,” said Wolff in Miami.

“It is clear that regulations are here to protect the drivers, but on the other side we need diversity and the means of expressing yourself and we know that this is important to Lewis.

“Without going into detail – where the piercings stayed and where they didn’t – I am sure they will come to a good resolution.”