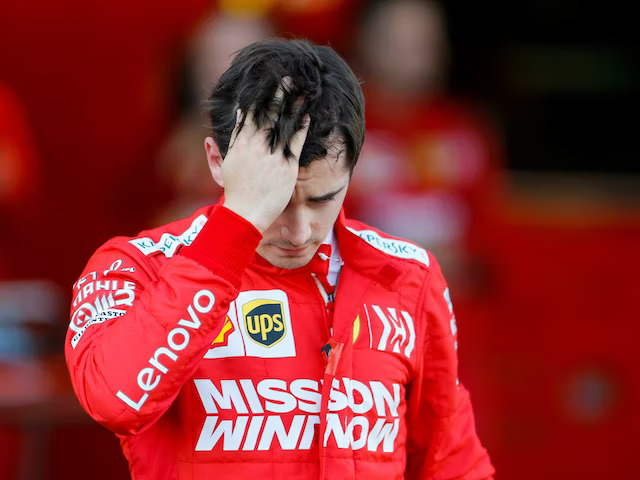 Ferrari driver Charles Leclerc believes fighting for the 2022 Champion will be “pointless” if he continues to make driver errors as he attempts to chase down Red Bull’s Max Verstappen’s 63-point lead.

The Monegasque failed to finish the French Grand Prix after he lost control of his Ferrari F1-75 on lap 11 in Le Castellet, gifting Verstappen the race lead which lead to the Dutchman’s victory.

Leclerc cleared up what caused the crash which lead to a blood-curdling scream over the team radio, admitting it was a driver error.

“[It was a] mistake, just a mistake,” said Leclerc in an interview with Sky Sports F1 after his crash.

“As I’ve been saying I think I’m performing at the highest level in my career but if I keep doing those mistakes and it’s pointless to keep performing at a very high level.”

The 24-year-old recounted previous incidents and points losses, saying that he may the errors may cost him the title.

“I’m losing too many points, seven I think in Imola and 25 probably here,” said Leclerc.

“We were the strongest today so if we lose the championship by 32 points at the end of the season I will know where that [gap] comes from.”

Leclerc admits to losing it

The Ferrari star acknowledged the mistakes in an honourable matter, refusing to blame his car or team.

“It’s unacceptable I just need to get on top of those things,” he said.

“I was trying to push too much and I lost the rear.

“It’s been a very difficult weekend for me I struggled a lot with the balance of the car.

The F1 driver will review the error alongside his team and work to iron out such mistakes in the future.

“I go through the same process every time,” said Leclerc.

“I try to analyse the snap was a bit of a weird one I look into the data and try to understand it better to see if there’s anything I don’t know yet but for me, it’s a mistake and that’s it.

Verstappen consoled his rival Leclerc by saying there are “a lot of races left in the season” and that Red Bull will certainly face “some tough race weekends as well”.