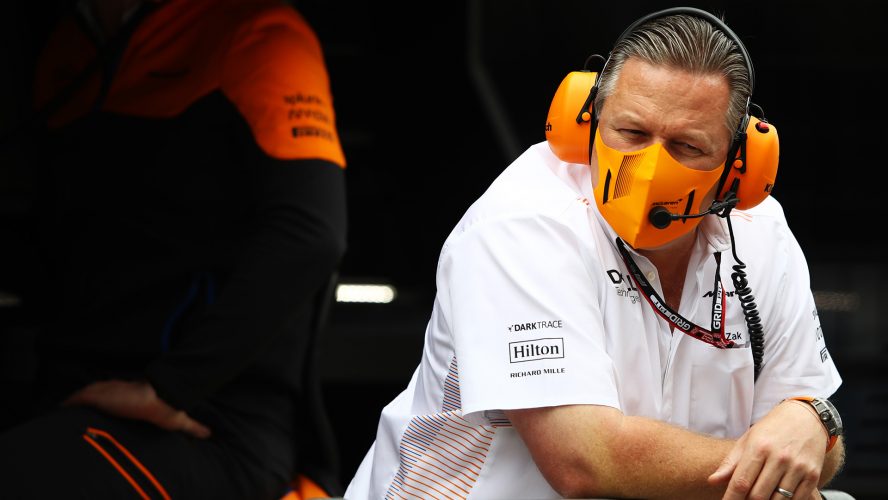 Brown: “Never seen buzz for a GP like for Miami”

Formula 1 is preparing its debut in Miami and, according to McLaren CEO Zak Brown, the excitement around it is like no other for the second American race on the calendar, testifying to the impact of F1’s recent efforts to expand its audience in the United States.

As declared by Brown to Reuters, McLaren will have the biggest hospitality in the race setting up a McLaren House with over 100o guests and yet the CEO admits: “It’s going to be awesome. I’ve been here six years and I’ve never seen demand or buzz for a Grand Prix like I’ve seen for Miami. We can easily double our hospitality and we’re already the largest hospitality buyer in Miami… it rivals the Super Bowl as far as ‘are you going to the Miami race?”.

The American CEO then went on to explain: “I’ve been around F1 for 20 years and I’m used to going to Grands Prix but I’ve never seen anything like it. Having been around the Super Bowl, where there’s the football game and then there’s the halftime celebs and shows, this feels like the Super Bowl”.

While the excitement among celebrities in Miami might be buzzing, the latest track on the F1 calendar will have to conquer fans in a more traditional race, hence through brilliant racing. As a matter of fact, many have so far criticized Miami and even considered it a Monaco-wannabe, especially due to the artificial marina. Most importantly, after a traditional weekend on a historical track like Imola,  the newly designed circuit will have to face the racing standards set in Italy and grant a race as brilliant as the rest of the vibe.

On another note, despite the protests, the race will go ahead as planned. Brown addressed the noise complaints from Miami inhabitants, being sceptical on the reasons for disapproval as single-seaters in 2022 are far from the noise of the V8 cars: “Welcome to America. The headline I saw was kind of people are afraid they are going to go deaf. I don’t even have headphones on in the garage.”

“The amount of exposure and economics that’s going to be brought to Miami… is going to be a far greater contribution to a much larger audience than X number of people that don’t want to hear the sound and probably never heard a Formula One car.”