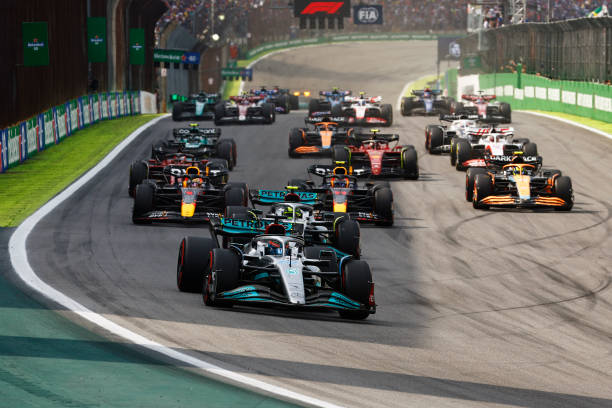 Formula 1 has just announced which tracks will play host to the six sprint races for the 2023 season.

Ahead of the beginning of the 2023 season, Formula One has already stated that the next season will host six sprint races. This will be a race held on a Saturday, the result of which will form the grid for the longer Sunday Grand Prix.

In 2023, the circuits which will host the Sprint Races will be:

Formula One has spread the six races across multiple continents and has also included a street circuit into the mix. The Baku Street circuit will be new to the sprint calendar and could prove to be exciting, as most full-length Baku races generally are.

These new choices come from research into the most suitable tracks. Formula 1 has reported that research has gone into which tracks have: high-speed sections, the best overtaking opportunities and the opportunity for close racing.

Formula One having six sprint races is entirely new for 2023 as in the past seasons we have had three sprints. Of the venues above, four of them are a new hosts for the shorter races. Both Austria and Brazil have hosted sprint races before. The two circuits not on this list that held sprints in 2021 and 2022 are Imola and Monza.

Changing from three to six races

F1 CEO, Stefano Domenicali has stated that he is excited about the six sprint races and highlighted the benefits they will bring to the fans, especially in the USA.

“We can’t wait to bring even more action to fans with six events next year, including our first US F1 Sprint in Austin”

The fans who attend the US Grand Prix are known to be very passionate and the crowds grow every year. Having a three-day Formula 1 weekend is beneficial to the fans, according to Domenicali, as they will get more “competitive racing action” and more “entertainment”.

Domenicali also highlighted that sponsors and partners will also benefit from the addition of the sprint races. He believes that six sprint races add “additional value for key stakeholders including teams, broadcasters, partners, and host venues”.

Additionally, the President of the FIA, Mohammed Ben Sulayem has said that the FIA look forward to the new sprints.

“We are pleased to reveal the six events for Sprints for the 2023 season. We look forward to this exciting addition to the calendar.”

The first will be in Azerbaijan at the Baku Street Circuit and will be held in April.