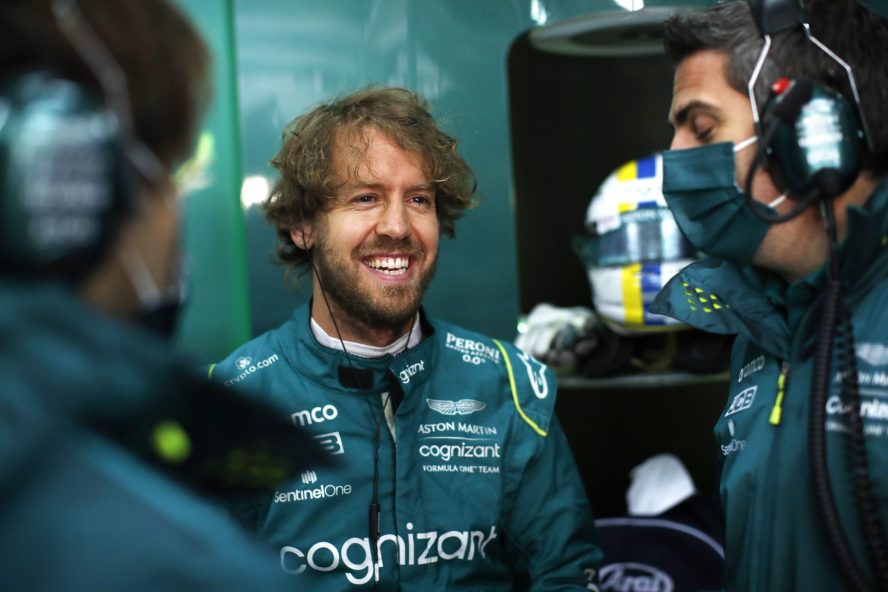 Plus, Nicholas Latifi makes frank admission about his start to the season

Mike Krack, Aston Martin Team Principal, vows that the team will “work hard to convince” Sebastian Vettel to stay past the end of the season.

As reported by GP Fans, the British team might have their work cut out in getting the German driver to sign a new contract. Vettel’s current deal expires at the end of the year.

It’s been a poor start to the season for the team. They currently sit down in ninth place in the Constructors’ standings and didn’t score points until the fourth round.

At the Emilia Romagna Grand Prix, Vettel’s P8 brought in four points, and teammate Lance Stroll secured an additional point for finishing P10. This followed a nightmare weekend in Australia, which was strewn with controversies and crashes.

Admittedly, Melbourne was the first time Vettel has been in the car since testing. Due to contracting COVID-19, the four-time champion missed the opening two rounds of the season.

Nico Hülkenberg deputised for him in Bahrain and Saudi Arabia, but the Aston Martins were well off the pace at both events.

Why are Aston Martin worried about Vettel?

The disastrous Australian Grand Prix prompted a barrage of questions over his future. Ahead of the next race at Imola, Vettel refused to rule retirement from the sport at the end of 2022.

In response to the flurry of rumour, Mike Krack tackled the issue head-on:

“The comments that he made; I think they are fair. A driver like that should not be driving for P18 or P16.

“Maybe he gets a bit more passion and joy to drive but it is for us to give him a proper car to be able to do what his level is.

“We will work hard to convince him.”

The team are well-aware of the value that Vettel brings. His wealth of experience is crucial and underpins their decision to bring him in over retaining Sergio Perez. With regards to supplying a car worthy of Vettel’s talent, Krack wants upgrades at every race.

Krack is supportive of the effect Vettel has: “The work ethic, the speed, the experience. If you have someone like him in the team it is of great added value.

“He has a lot of ideas; he is pushing hard…

“All in all, it is very good because you have other drivers that have driven at a higher level [than the team] that become impatient and very difficult to manage.

“That is not the case for Sebastian, and this is super helpful for us. That is sort of why we want to stay with him.”

Latifi candid about his performance

In other news, Williams driver, Nicholas Latifi has confronted his difficult start to 2022.

As reported by RaceFans, the Canadian is aware that he must reach the same level as teammate Alex Albon. Latifi is one of two permanent drivers yet to score a point so far this year – the other being Haas’ Mick Schumacher.

Alex Albon secured the team’s only point with a sublime from P20 to tenth at last month’s Australian Grand Prix.

The Thai-Brit has enjoyed a strong start to the season, out-performing the car and his teammate, who has been error-prone and lacking in overall pace.

Addressing the imbalance, Latifi revealed his lack of confidence in the car, stating that it’s “everywhere” around the lap for him.

“As soon as you’re not flat out through the straights, that’s when it starts.

“Obviously Alex is clearly more comfortable with the car. I mean, regardless of the pace of the car, we know we’re missing downforce. We know we’re struggling with balance issues – this is clear. But he’s doing a better job in managing it, so I have to get to that level.

“For me, it is just a pure feel and confidence thing with the car. It’s not a driving style – [that] I’m braking too late, not carrying enough mid speed, this and that. If you don’t feel the confidence in the car, you can’t begin to work on the more technical aspects when you eventually, will have to work on those things.”