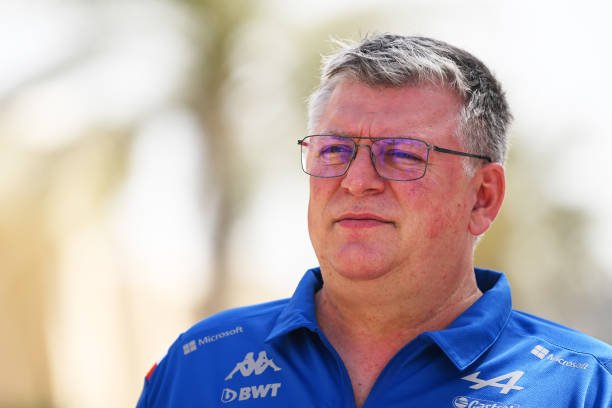 BAHRAIN, BAHRAIN - MARCH 19: Otmar Szafnauer, Team Principal of Alpine F1 looks on in the Paddock before final practice ahead of the F1 Grand Prix of Bahrain at Bahrain International Circuit on March 19, 2022 in Bahrain, Bahrain. (Photo by Clive Mason/Getty Images)

Alpine team principal Otmar Szafnauer says he will now down a list of 14 drivers to just four in the coming days as the French F1 team scrambles to find a replacement for the Aston Martin-bound Fernando Alonso.

The waves from Sebastian Vettel’s retirement are continuing to ripple throughout the F1 paddock after Fernando Alonso jumped at the opportunity to race under Lawrence Stroll. Formula 1’s most hyped talent Oscar Piastri looked set to be driving for Alpine in 2023 after a press release from the team revealed he would be racing alongside Esteban Ocon.

However, Piastri contradicted the statement by announcing that he will not be racing for Alpine in 2023. With Piastri now set to replace fellow Australian Daniel Ricciardo at McLaren, it looks likely that the more experienced Aussie may be making a return to the Renault-powered cars.

In an interview with El Confidencial Alpine boss Szafnauer has revealed that he believes he will be keeping hold of Piastri due to a “binding contract”.

“We had a contract with Piastri and we have to understand where he takes us legally. We believe, and that is why we issued the statement, that we have a binding contract.” said the Romanian.

“Let’s spend some time studying where this takes us. And if Piastri is not in the car -which I think he will be, because Fernando is out, I have like fourteen phone calls from drivers who are interested.”

The boss who formerly worked under Lawrence Stroll believes Alpine’s situation of finding another driver won’t be too difficult as it is the most “valuable” free spot available.

“The Alpine seat is the most valuable one left,” he said.

“We are fourth in the World Championship, Ocon is a good teammate, a good competitor, we have plans to be better than fourth place, we have our own power unit, our facilities and we can interact between chassis and engine development to make the car faster.”

“We have a great technical team, 850 people, and we are going to improve further.

“No wonder so many people call me, but of those fourteen, there will be four left on the final list. And among them is Piastri.”

The Romanian F1 boss refused to comment about Daniel Ricciardo, insisting Piastri should be racing at Alpine next season. However, Szafnauer did mention that if the Australian were to jump ship, then the team who brought him up through the ranks would be looking to seek financial compensation.

“Let’s see where we are legally with Oscar. We have a contract, which he says that we should support him in his career until Formula 1 by investing a lot of money,” he said.

“But, above all, we must take into account last year we put a single-seater on it and it covered 3,500 kilometres. We’ve done seven independent tests with it and this isn’t cheap. Only the cost of an engine is 1,750,000 euros.

“The mechanics, the team that has managed those tests, the flights and trips… We have spent a lot, a lot of money on Piastri to prepare him for the future and, if that future is not with us, it is logical and fair that we seek compensation.”