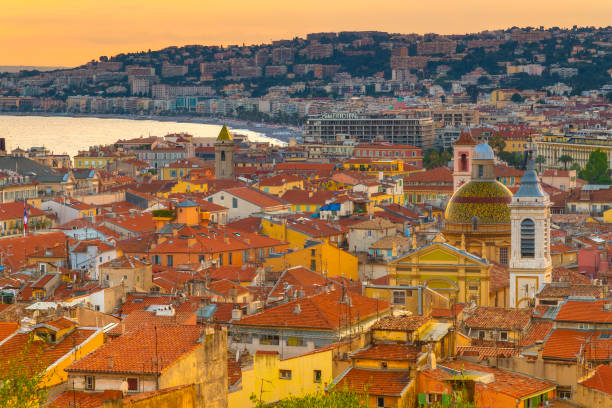 The density of the buildings in Nice city, France.

As the F1 community grows globally, F1 is considering interesting alternative venues for the future.

Could the popularity of the sport change the traditional track destinations? Let’s see what’s unfolding.

Miami made its debut in May. Las Vegas is confirmed for next year November. South Africa is in advanced talks. There’s a suspicion that historical venues may disappear such as the French Grand Prix and Belgian Grand Prix.

Destined for global domination, F1 CEO Stefano Domenicali declared, “It is up to us to try to find the right balance, considering what are the venues which would like to be in F1, what are the historical values we need to see on the calendar. There are some promoters who have expiring agreements, and probably some of the current grands prix will no longer be part of the calendar.”

It seems as though the idea is to have a race on every single continent. Hopefully the essence and spirit of the race remains despite all of the potential future changes.

With Shanghai native Zhou Guanyu on the track, the fan base there has increased. The Alfa Romeo driver has entered 9 races with his highest finish in 8th and highest grid position in 10th. Let’s hope they’re able to get back on track.

Remembering the days of former Williams and McLaren driver, Juan Pablo Montoya is sure to excite. His first race was the 2001 Australian Grand Prix. From there, he entered 95 Grands Prix, got 30 podiums, 13 pole positions, 12 fastest laps, 7 wins and amassed 307 career points. The Colombian’s last race was the United States Grand Prix in 2006.

The race location would be the northern city of Barranquilla. The mayor of Barranquilla, Jaime Pumarejo is on board to build. Adaptations can be made to support a circuit. If the track gets up to FIA Grade 1 standards, it’s go time.

Nice notably is the place of interest. It’s an excellent location. The crowd coming in will enjoy it. Seeing as Monaco didn’t receive the best feedback this year, Nice may be the country’s next contender.

“Historically, France has been an important nation in motorsport. You might not know this, but there is an amazing project with Nice, who wants a Grand Prix. It’s great, as it proves that other destinations in your country are interested in F1. We are going to look at the applications and study them carefully. Other things could come very soon. All I can tell you is, by late July, you will know more about the future of your Grand Prix.“

Madrid made the list of potential destinations. Although Barcelona has a contract until 2025, the magical Madrid is being considered. The last time Madrid hosted races were between 1968 and 1981. The Jarama Circuit would need to meet FIA Grade 1 standards.

Local government cabinet minister, Enrique Lopez said, “I would like to confirm our commitment to you and to this project, as well as our willingness to sign the appropriate agreements to promote the race and offer a great sporting and entertainment spectacle.”

London looks promising. In previous talks, logistics were an issue. It’s already a destination city which is favourable for Liberty Media. The Docklands area in East London seems ideal and is supported by the Mayor of London, Sadiq Khan.

It’s an electric atmosphere with a massive international fanbase. Also the majority of F1 teams are based close by as well as sponsor companies. It’s a matter of time.