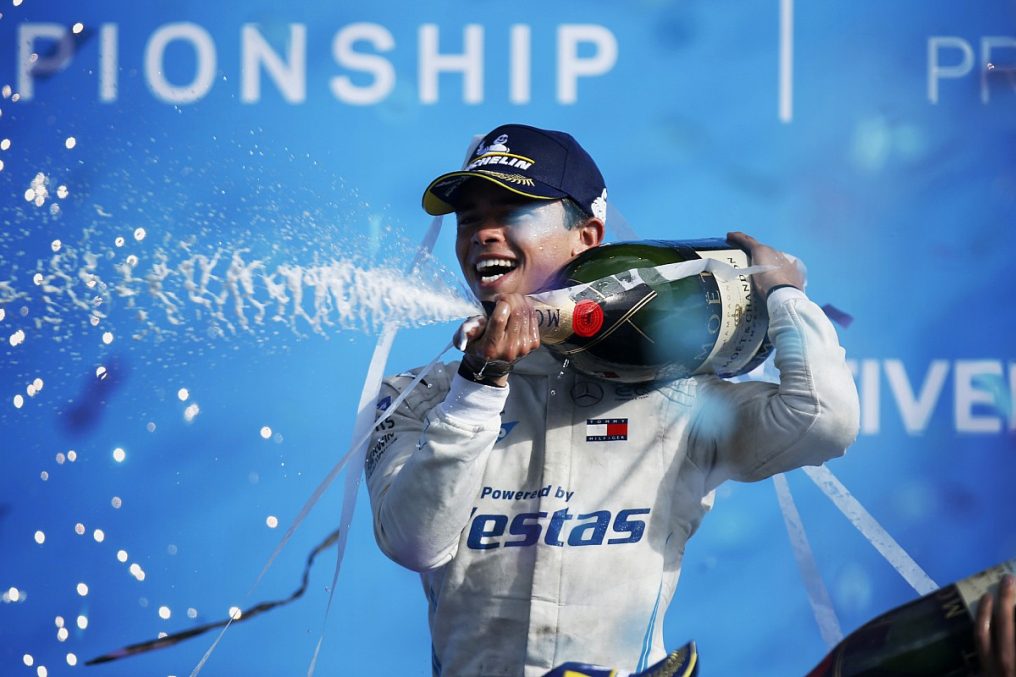 Mercedes junior driver Nyck de Vries has become the first-ever FIA Formula E world champion after finishing eighth in the final round of the season in Berlin on Sunday.

In a chaotic race, De Vries managed to stay out of trouble to ensure his championship victory and cap off an excellent season – all in front of the watchful eye of Mercedes boss Toto Wolff.

After starting down in 13th and having a tough first race in Berlin the previous day, De Vries’ eyes must have lit up when he saw two of his title rivals crash at the very start of the race.

Jaguar’s Mitch Evans didn’t move at lights out and was thumped by Edo Mortara to bring out a red flag, almost collecting De Vries – thankfully both drivers were able to walk away from the crash.

At the restart, another championship protagonist was out, this time it was BMW’s Jake Dennis who locked up at the first corner and hit the barriers.

At the front, Norman Nato managed to pass Oliver Rowland and De Vries’ Mercedes EQ teammate Stoffel Vandoorne to win the final race of the year.

Despite all the carnage, De Vries kept his cool and even during a tense few final laps with plenty of action going on around him, the Dutchman brought his car home in eighth to seal the championship.

He’ll be able to add this triumph to the Formula 2 title he sealed back in 2019 and is commanding a place in Formula 1.

De Vries has been linked as a strong contender to replace George Russell at Williams if the Brit moves to Mercedes.

And coming off a title win in Formula E – he is the first man to win the series since it received FIA accreditation this season – he will on the lips of many people in the F1 paddock.

Do you think De Vries deserves to be in F1 next season?