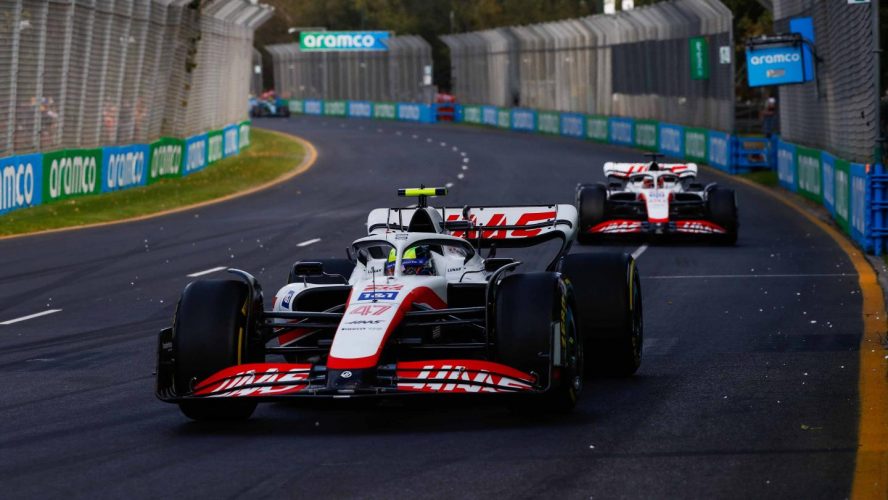 The Haas team around Günther Steiner is still not at peace. After a turbulent start to the season, further problems with the former main sponsor Uralkali emerge.

Shortly before the second test in Bahrain, the American team ended its cooperation with Uralkali, a Russian company owned by Dmitry Mazepin, because of its proximity to Putin. Putin invaded Ukraine in February and has been waging war there ever since.

Together with the main sponsor, the Russian driver Nikita Mazepin also had to leave the field. Kevin Magnussen, who had a cockpit at Haas until the end of 2020, returned in his place.

Shortly after the split between Haas and Uralkali, the company demanded the return of sponsorship money already paid before the season.

Uralkali published in their statement:

“Uralkali shall request the immediate reimbursement of the amounts received by Haas.”

Specifically, it is a 12 million euros ($13M) payment that the team is supposed to refund to the Russian company.

Haas has now formally commented on the claims.

Haas does not want to pay back the money. They cite a clause in the sponsorship contract that explains that arrangements may be terminated immediately if sponsors “injure, bring into dispute, ridicule, or lessen the public reputation, goodwill of favourable image of Haas”.

According to the American team, this clause was brought about by Mazepin’s and Uralkali’s close ties to the Kremlin. According to Haas’ legal team, the sanctions imposed by the European Union are sufficient.

The team explains in the letter:

“According to unanimous legal scholars and case law, the party which terminates the agreement for breach of the other party is under no obligation to return to such party what it has already received under the agreement.

“The claim of Uralkali to obtain the re-payment of the down paid amount of EUR 12,000,000 is therefore ungrounded and rejected.”

In fact, Haas states that the team is entitled to a further payment of 8 million euros. The amount is to replace the lost profits that the team believes would have been made if the Uralkali deal had continued.

A clause in the original contract promised Uralkali a 2021 F1 car. Haas will not fulfil this clause until the further payment of €8 million has been received.

“Unless and until the aforesaid amount will have been paid to Haas no obligation exists on Haas’ side to deliver and no delivery of the F1 car will occur.”

Uralkali is shocked by Haas’ behaviour.

“Everyone understands the world is in a difficult situation, but it is patently ridiculous to argue that Haas is entitled to keep money paid from a contract it exited unilaterally, without rendering any of the agreed upon services.

“They seem to be fine with spending Russian money – and even are asking for more – but don’t want to have any Russians around.

“It’s a truly shocking treatment toward a title sponsor who stepped up last season when the team badly needed resources and who had offered to go above and beyond the contracted amounts to provide additional bonuses to team staff to achieve better results for all involved.”

Neither Haas, Dmitry, nor Nikita Mazepin have commented on the matter. If no agreement is reached, Haas and Uralkali will probably settle the case in court.