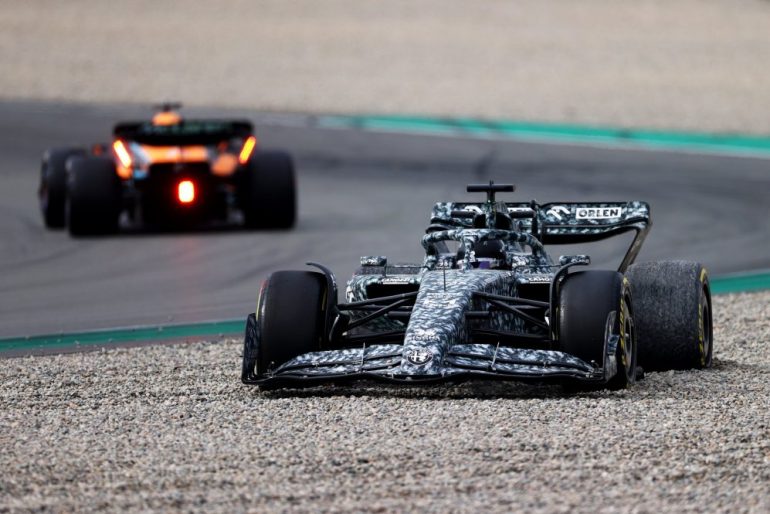 F1: Eight out of Ten Teams are Overweight

795kg is the current minimum weight limit for Formula 1 race cars in 2022, but only one team is in the green area and another just a little off limit — the other teams seem to be struggling with overweight.

In contrast to last season, the minimum weight is now 43 kilograms higher at 795kg. This is partly due to the larger tyres and other safety components. Formula 1 is thus approaching the limit of 800kg, which they do not actually want to exceed for aesthetic reasons.

Which teams are overweight?

Of course, every team and driver want a light car because it is easier to manoeuvre through the slower turns. But most of the teams seem to be far away from that. Only Alfa Romeo seems to be within the limit. According to information circulating in the paddock, McLaren is the second closest to the minimum weight. The rest of the teams struggle with the 795kg and want the limit to be raised.

The cars proved that 10kg makes them lose about three-tenths of a second in performance in Barcelona. That is a disaster in the world of motorsport. That’s why there are efforts in the paddock that FIA should now raise the number.

However, during the first pre-season testing in Barcelona, these efforts were abandoned. Dr Helmut Marko, Red Bull’s head of sport, has clear words for this discussion:

“First it was said that the weight would go up, then there was a U-turn”

By all appearances, Red Bull is one of the teams carrying significantly more weight.

What is the alternative?

For the minimum weight to actually be raised, not only would eight of the ten teams have to agree, but also the FIA and Formula 1 itself. The Concorde Agreement determines this.

The weighing of the arguments has to be discussed—what would be fair anyway? Alfa Romeo and McLaren seem to have done quite a bit of work over the winter to design the car very close to the minimum value. Wouldn’t it then be a penalty for these teams if the weight was raised?

Whether there will be a change by the start of the season in Bahrain is questionable.