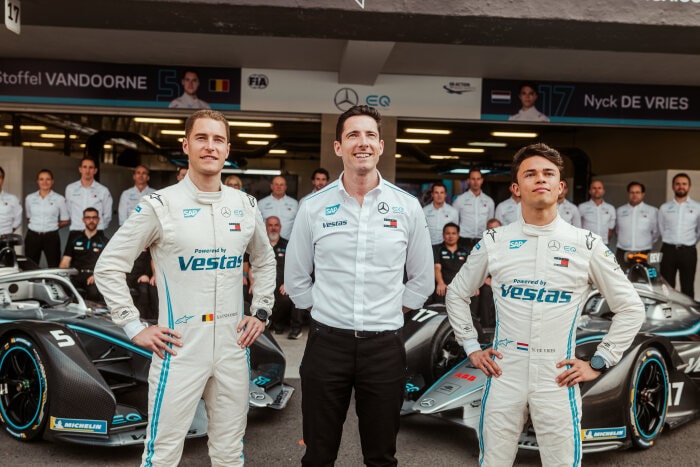 F1 has seen many drivers go to FormulaE. Here’s a brief roundup of who excelled in FormulaE compared to F1 in their careers.

Many F1 drivers have made the move to Formula E. Surprisingly, some of the most successful Formula E drivers had a relatively unfortunate and disappointing Formula 1 career.

This article will give you a brief overview of some of the most successful Formula E drivers and how Formula E has been their career-defining racing series.

First, however, there must be a special shoutout to Season 7 winner- Nyck de Vries.

Nyck de Vries has made the opposite career move. After winning Formula 2 in 2019, De Vries swiftly moved to Mercedes EQ to compete in Formula E. De Vries had a solid rookie season but came into his own the year following.

In Season 7, Nyck de Vries was crowned champion of Formula E. It was an incredibly stressful win as going into the final round there were over ten drivers with the possibility to win the championship depending on where they finished.

Nyck de Vries impressed the whole paddock after racing for Williams at Monza and now could be in contention for an AlphaTauri seat#F1 #SingaporeGP #NyckDeVries https://t.co/mxUeli3acr

After such an impressive time in Formula E, Nyck will be moving to Formula 1 in 2023 after signing a contract with Alpha Tauri.

Piquet will forever be remembered in the Formula 1 world for the Singapore Grand Prix in 2008 where he crashed deliberately to help out teammate Fernando Alonso under instruction from the team bosses. Piquet did get one podium at the German Grand Prix in 2008, however, he is mainly remembered for Crashagte.

However, in the Formula E world, he is remembered as the first-ever champion. The inaugural season of Formula E was intense. Over 11 races the championship had seven different winners so it was all to play for. Nelson Piquet Jr won the championship in the final race and bested Sébastien Buemi by 1 point. That first season, Piquet had two victories and three more podiums. Comparing that single Formula E season to his Formula 1 career, Nelson Piquet Jr really made his own name for himself in Formula E.

Buemi started Formula 1 in a very exciting fashion. After going faster than many notable drivers at the 2008 Jerez test he was signed by the Red Bull Group. In that test, Buemi actually finished faster than Nelson Piquet Jr who clinched the first Formula E title from him in the inaugural season.

Anyway, Buemi started with Torro Rosso in 2009 and was the year’s best rookie as he finished with a handful of points. Buemi continued to do well as he bested his teammate in 2010 and 2011 but was dropped (along with his teammate) to be replaced by an incoming Daniel Ricciardo and Jean-Éric Vergne.

Jean Éric Vergne effectively took over from Buemi at Torro Rosso in 2012. Again, he had a very promising start and finished his rookie season in 17th ahead of 18th-placed Daniel Ricciardo. A pretty impressive feat now knowing what Riccardio goes on to achieve.

Vergne continued with the team for the next two seasons but after an extremely unlucky 2014 season it was announced that he would be replaced by Carlos Sainz Jr. After earning a total of 51 points, Vergne moved over to Formula E.

This move to Formula E, as we know, was a successful one. Vergne got his first victory in the final race of Season 3 in Montreal. This victory seemed to set him up for a great next two seasons. In Season 4, the 2017-2018 championship year, Vergne started strong with a podium in Hong Kong. He went on to finish every race in the points and overall won three races and finished on the podium in an extra two. This of course meant that he won the championship.

Vergne went on to win Season 5. The championship was won in less dominant fashion as there were a few finishes outside the points, however, he indeed won the driver’s championship and his team, Techeetah won their first team’s championship too.

Vergne became the first and only back-to-back driver’s champion. Pretty convincing that Formula E is his series…

There’s not much to say about di Grassi in Formula 1. He had one of THOSE careers. He scored zero points, podiums or wins. But, his move to Formula E proved that he was a driver of great caliber and didn’t deserve that Formula 1 record.

Di Grassi has competed in all seasons of Formula E and is statistically one of the best drivers of the series. He is joint first for the record number of wins (joint with fellow winner Buemi). Di Grassi won the championship in the third season but has consistently finished second or third in the standings of other seasons.

Despite only getting two race wins in his championship year, Di Grassi pipped Buemi to the post as he had more consistent points finishes.

Vandoorne was famously at McLaren during the unreliable Honda years. He scored points on debut as a reserve driver in 2016 and graduated into a full race seat for the 2017 season. After an extremely unreliable season, Vandoorne managed to get 13 points and was retained for 2018. In 2019, things didn’t get much better for Vandoorne as McLaren lacked competitiveness and he struggled to get points. He was replaced for the 2019 season.

Vandoorne was an exciting talent and many placed the blame on McLaren rather than him himself.

Vandoorne swiftly found a seat in Formula E  for the 2018-2019 season and did well. He got a pole position and podium during his first season but results truly started to come when he moved to Mercedes EQ.

The season following saw de Vries win the championship and Vandoorne finishing ninth despite winning a race and another two podiums. The duo won Mercedes their first teams championship in Season 7.

The luck came for Vandoorne in Season 8 where he finished on the podium 8 times, including a victory in Monaco. Vandoorne confidently won the season and achieved a championship everyone knew he was capable of.