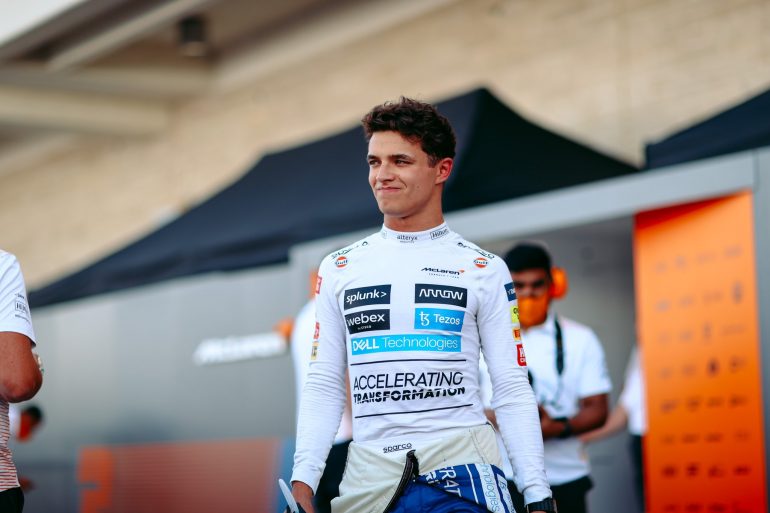 On Thursday, the McLaren driver was joined by some familiar faces for the #StreamForMind charity event, live from the McLaren Shadow Studios. Ex-F3 driver Max Fewtrell and content creators Jimmy Broadbent, FNG and F1Elly joined the sports pair in chaotic races around the Red Bull Ring and Spa on the F1 2021 game.

In the 2-hour event, McLaren Racing raised over £8,000 for Mind UK, a mental health charity the team has been partnered with since July 2020 as part of F1’s We Race As One campaign. McLaren has been doing a lot of work to increase awareness of mental health and support within motorsport, and beyond. Earlier this month for World Mental Health Day, Norris and teammate Daniel Ricciardo designed their own t-shirts, with 100% of the proceeds going to Mind. Norris has been very open and vocal about his own mental health struggles since joining Formula One, and continues to lead conversations about this important issue.

By Francesca Herring11 hours ago

Fans can still rewatch the stream on McLaren Shadow’s twitch channel, and donate.