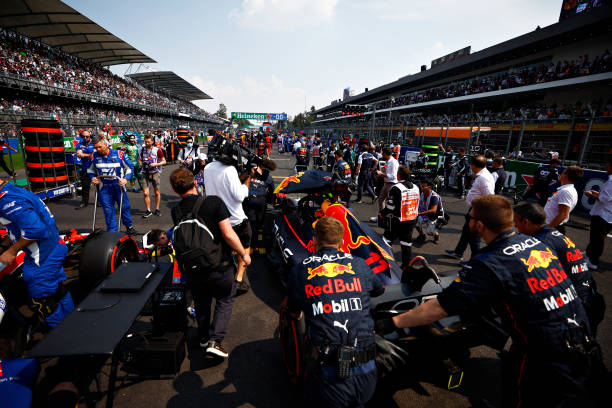 F1 could introduce a winter shutdown period for staff “well-being”

Similar to the two-week summer shutdown, all F1 factories could close for two weeks over the winter

There are two races remaining in the 2022 Formula One season. Next year, the sport will embark on a record-breaking 24-race calendar. As Formula One’s global popularity continues to soar, partly due to Netflix series Drive to Survive, teams have expressed their concerns regarding the growing calendar.

AlphaTauri Team Principal Franz Tost has warned that fans could lose interest in the sport if a season lasts too long. Whereas Red Bull Racing Team Principal Christian Horner argues the sport is on the limit regarding how teams can operate during a season. Especially taking into account travelling around the world.

But a solution could be on the horizon.

Already acknowledging the tireless work completed by team personnel back at the various Formula One factories, a two-week shutdown is already observed during the summer break. The rule ensures that all staff members get two weeks off and that every team down the grid observes it.

Now, a second potential two-week shutdown has come to light. Instead, the break would commence during the winter break and is being discussed by Formula One’s Sporting Advisory Committee. The winter shutdown would work the same as the summer shutdown and could potentially cover the Christmas and New Year periods.

Although, talks surrounding a winter shutdown have not reached an advanced stage. And, allegedly, not all 10 teams have agreed to it.

The well-being of staff members, both trackside and back at the factories, is always at the forefront of the team’s minds. Considering that a Formula One calendar has not featured less than 20 races since 2015, staff well-being is a growing concern for teams. Especially considering interest is only continuing to grow with a potential Caribbean Grand Prix now heavily rumoured.

“There are many of us team principals that would like to replicate what we have in the summer, at least starting at Christmas and going into the new year for two weeks.”

He continues, “obviously that’s still up for discussion. But there was a positive indication for the well-being of the people.”

The 2023 Formula One season starts with the Bahrain Grand Prix on the 5th of March. And the season concludes with the Abu Dhabi Grand Prix on the 26th of November. Should F1 incorporate a winter shutdown period into the rules to help ease the burden felt by team personnel?