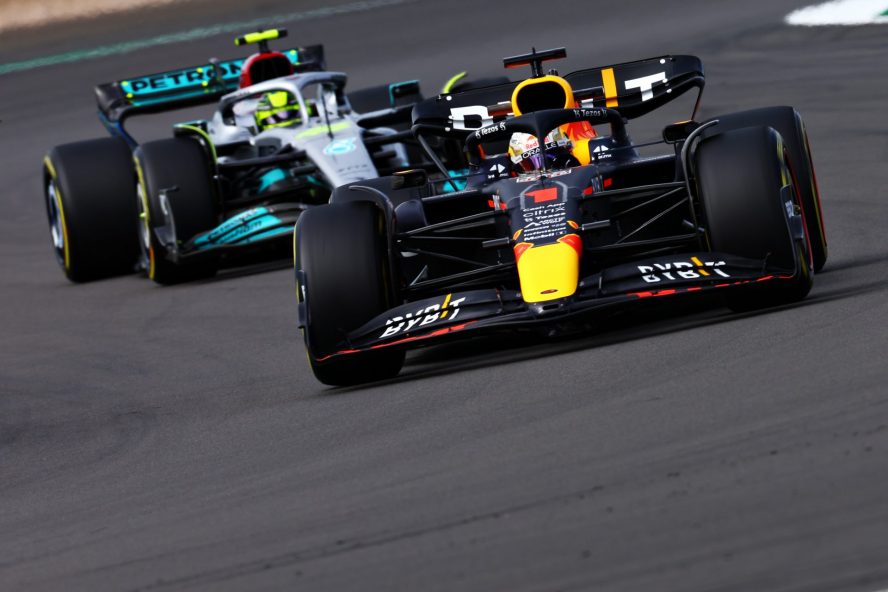 Everything You Missed From F1’s Friday Practice At Silverstone

A late start to the action in Silverstone created a richer FP2 than usual after an almost inexistent FP1. Here’s everything you might have missed from Friday at Silverstone.

The first session on British soil was jeopardized by the weather with only ten drivers effectively finishing a timed lap. While the session wasn’t particularly representative for the rest of the weekend, fans had a first sneak peek of the newly re-introduced pedal cam on Lando Norris’ McLaren. While the changeable weather left drivers in the box most of the session, the final classification saw Valtteri Bottas in front of Lewis Hamilton and Carlos Sainz.

The lack of action in FP1 granted more action during FP2 with many teams focusing on verifying the performance of their upgrades. In particular, Alex Albon took to the track a renewed Williams while Scuderia Ferrari seemed to focus on the rear wing, possibly as a consequence of the latest FIA directives.

Championship leader Max Verstappen didn’t look entirely comfortable with his car as the Dutchman kept complaining with his box regarding a non-identified noise from his Red Bull and ended up going back to the pits after damaging the floor. On the other side, Red Bull kept having problems also with Sergio Perez, who returned to the pit earlier and only finished in seventh.

On the other side of the pit lane, Ferrari driver Charles Leclerc seemed to be struggling more than his teammate Carlos Sainz. Talking about the Spaniard, his lead at the top of the timing sheet was uncontested throughout the whole FP2. The race pace also looked overall the best and can be encouraging for the hope of a first victory.

What about the British teams?

At Mercedes, Lewis Hamilton made the English fans happy by proving to be in better condition than the past weekends. His teammate George Russell, however, struggled more with finding the correct set-up but towards the end of the session, the young Brit was matching Ferrari’s race pace. A team to keep an eye on on Sunday?

McLaren looks set to make progress as Lando Norris remained within the top positions for most of the session. Ricciardo also looked to find somehow more feeling with the car and remained in the top 10.

Aston Martin saw Stroll finish the session in tenth, while 4-times World Champion Sebastian Vettel had to stop after damaging his floor. The aforementioned upgrades on the Williams seemed to work on Albon’s car while Latifi remained stuck in twentieth.

In the mix: Alpine and Alfa Romeo

Mixed feelings at Alpine where Fernando Alonso finished FP2 in sixth behind Charles Leclerc, while Esteban Ocon only placed 13th. The French team brought revolutionary upgrades to its car, especially considering the Ferrari-style side pods. At Alfa Romeo, Bottas was just outside the top 10 while Zhou Guanyu finished 15th behind the Williams of Alexander Albon.

AlphaTauri and Haas where are you?

Less positive news coming out of AlphaTauri and Haas. Pierre Gasly in particular only finished 18th and mainly focused on long runs, while his teammate Yuki Tsunoda finished 16th. A disappointing Friday also for both Magnussen and Schumacher (17th and 19th) with the American team substantially continuing its downward trend from the beginning of the season.