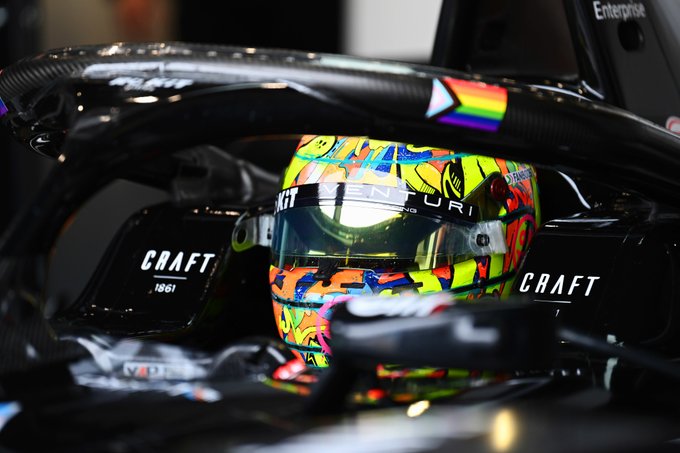 Edoardo Mortara takes Pole position for Round 7. Alexander Sims lining up beside him on the front row.

Group A proved very competitive with all 11 drivers being separated by only 1.14 seconds. Porsche’s Pascal Wehrlein took the top spot setting a 1:06.532. He was closely followed by Championship leader Stoffel Vandoorne with a 1:06.803. RoKit Venturi driver Edoardo Mortara set the third fastest time with a 1:06.900. Sergio Sette Camara put his Dragon Penske in the last of the duel spot claiming a 1:06.913. This marks the first time Camara has progressed to the duels this season.

Eliminated in Group A:

Eliminated in Group B:

Sim’s and Wehrlein were the first to go head to head. With Buemi’s lap time deletetion, Sim’s moved up the order. The duel had a slight delay as the movement meant Sim’s had to jump back into the car.

A battle for the championship was next up with Vandoorne and Vergne going head to head. Vergne who is currently P2 in the Driver’s Standings came out on top with a 1:05.893.

Mortara and Lotterer were the next to go up against each other. Mortara progressing through to the Semi-Finals after setting a 1:05.954. Very closely behind followed Lotterer with a 1:05.962 despite this he was eliminated.

Sette Camara and Da Costa faced each other in the last duel of the quarter-finals. Sette Camera making his duel debut set a 1:06.299. This however wasn’t fast enough to send him through as Da Costa set a 1:06.064 progressing him to the semi-finals.

Sims and Vergne both progressed to the semi final. However for the first time this season both driver set an identical time of 1:06.050. As Sim’s was the first to set the time he progressed into the final.

Speaking to Channel 4 Vergne commented saying “Very, very p****d off. This is the stupidest rule I’ve ever seen”

In the aftermath of semi-final one, Mortara and Da Costa were the next to step up. Mortara set a 1:05.914 progressing him to the final.

With the qualifying rule standing Sim’s faced Mortara in the final.

Despite Sim’s setting two purple sectors and setting a 1:06.230 Mortara clinched pole position with a 1:06.093 after claiming the last purple sector. This see Mortara start the race later today on pole for the first time in his Formula E career.