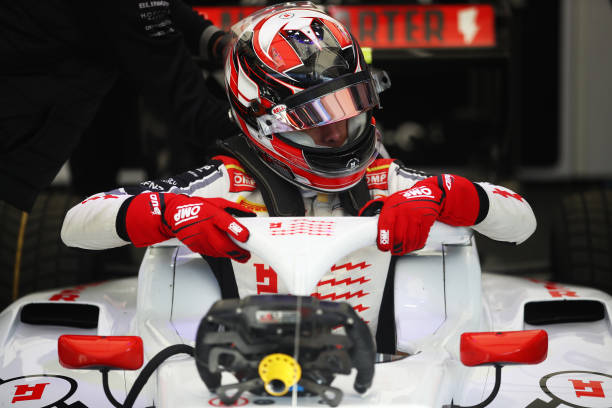 Two driver changes switch up the Formula 3 grid once again for the final round in Monza as Yeany returns and Famularo joins the grid.

The American driver returns to Campos for the final round after breaking his wrist during round five in Austria. The injury required surgery, which forced Yeany to miss consecutive rounds at Spa-Francorchamps and Zandvoort.

Taking to his website to make the announcement Yeany commented;

“I’m excited to re-join my team and get back in the seat this week at Monza.”

He added: “Experiencing a broken wrist and surgery mid-season was tough, but I pushed through and am happy to be on the other side.”

Yeany continued saying: “I am grateful to everyone who supported me and helped me get back to this place especially my family and friends, Thomas J. Fischer, M.D. Indiana Hand to Shoulder Center, who did my surgery, Allison at VHP for my rehab, Harry Soden at Infinity Sports Management, Dan Mitchell from VRD and of course Adrian Campos and the whole team at Campos Racing.

“I spoke to my engineer this morning and I am looking forward to getting behind the wheel and getting back to work with the team this week.”

Famularo joins Charouz for the final round of Formula 3, adding yet another driver to their roster. Famularo will become the sixth driver to drive Car 15 so far this season and their eighth overall driver,

The team took to Instagram to announce the driver change.

The Venezuelan will make his Formula 3 debut at the Temple of Speed.

Speaking on his debut Famularo commented:

“First of all I really want to thank the team and my sponsors for the opportunity, the aim for this weekend will be to gain experience and learn the maximum possible. I’m really excited about this and I can’t wait to go out there and drive, especially at a beautiful track like Monza.”

Team Owner Antonin Charouz also commented that this was “one last opportunity for us to end the season on a high after so many difficulties and unlucky weekends. I won’t lie, it’s been tough this year and it would be a good thing to finish in a positive way.”

He went on to add that he was “still proud of the team and all the drivers that drove our cars during the season, they gave their 110% in every single session and they will surely do the same at Monza this weekend.”

Charouz concluded by saying “The track is fast and there will be chances to fight and gain positions in the two races, so we won’t give up until the last chequered flag.”

Formula 3 returns this weekend in Monza for the final race of the season.