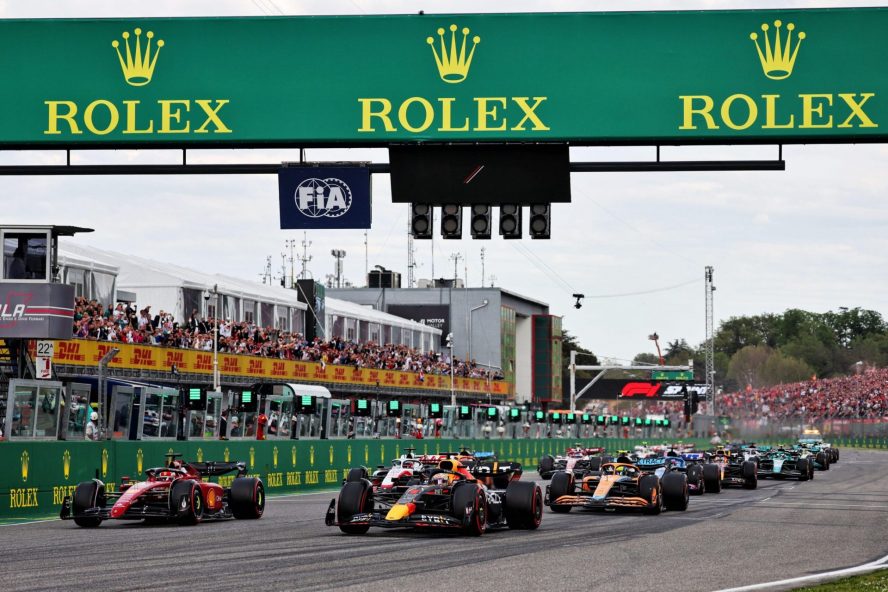 Decisions To Be Made on Sprint Races and Budget Cap

The Formula 1 commission – made up of the teams, the FIA and F1 management – is meeting in London today to discuss a number of issues.

One of those is whether or not to increase the number of sprint races next year to six.

Last weekend’s Emilia Romagna Grand Prix was the first of three sprint weekends for the 2022 season, an attempt to increase the number to six this year having been blocked by the teams.

Their main issue was the increase in cost which further sprint races would incur, amid the increasingly tight budget cap.

Ferrari are said to now be in support of the increase, however, with Team Principal Mattia Binotto saying he and his team would be backing the idea at the meeting.

“As Ferrari we are in favour I have to say because we believe that, overall, it will give in the future good opportunities and better opportunities for the show and for the revenues. So I think it’s right to support.

“In terms of costs, I think it has been discussed,” he said. “We know in terms of budget cap, allowances, revenues, what may be worthwhile.”

Ross Brawn, of course, remains fervently behind the idea and is willing to adjust the budget cap next year in order to appease the teams.

Brawn is hoping for a simple majority of 25 votes. The FIA and FOM hold 10 votes each, whilst each team gets a single vote, so he will need the support of at least five teams.

Also on the agenda is the aforementioned budget cap, which was brought down from $145 million in 2021 to $140 million this year.

The transport of freight is included under the cap and, with the ever-increasing F1 calendar and the significant inflation the world is currently experiencing, these costs are eating into the teams’ budgets more than expected.

Brawn agrees that this needs to be addressed, saying: “I think the inflationary increase needs to be reviewed because, when these rules were developed, inflation was relatively low and predictable. Now it’s high and unpredictable”.

And Red Bull Team Principal Christian Horner also weighed in on the subject ahead of today’s meeting.

“We have a very complicated calendar and there are very tight timescales, and with some of the triple-headers and double-headers coming up late in the year, obviously losing freight for a period of time could wreak havoc.

“I think the teams by and large are looking to find a workable solution, but it is a concern. It’s something that we need to address sooner rather than later.”