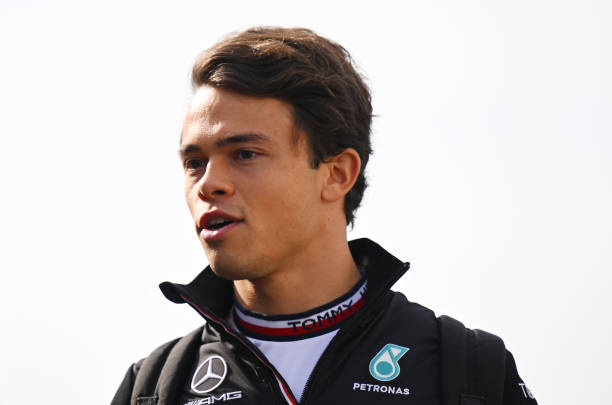 Nyck De Vries will replace Alex Albon at Williams for the rest of the Italian Grand Prix.

De Vries will earn his Formula 1 debut this weekend at the Italian Grand Prix. The Dutchman will replace Alex Albon, who has suffered from appendicitis.

The Thai driver woke up this morning not feeling well. After inspection from the FIA doctors, they suggested that the 26-year-old should not race due to appendicitis.

The former Formula E champion will participate in FP3, qualifying and the race.

Williams released a statement this morning, regarding the unavailability of Albon:

“Williams Racing can confirm that, after feeling unwell this morning and seeking medical advice from the FIA and local hospital, Alex Albon is now undergoing treatment for appendicitis.”

“Following on from this, we can confirm that the team’s Reserve Driver Nyck de Vries will drive in place of Alex for the remainder of the Italian Grand Prix weekend. Alex is in good spirits and the team wishes him a speedy recovery.”

Although Albon will not be able to participate in this weekend’s race, the Thai driver is still in good spirits. Albon posted on Twitter, saying:

“Appendicitis, surgery and no racing isn’t what I was expecting this weekend!

Negatives: Missing out on what looks like a strong weekend for us, pain

De Vries will be driving in a Formula 1 car for the fourth time this year. He started with an FP1 session in Barcelona in the Williams, replacing Albon. The Dutchman then replaced Lewis Hamilton in the Mercedes in FP1 at the French Grand Prix. Finally, he replaced Sebastian Vettel in the Aston Martin at this weekend’s Italian Grand Prix for FP1.

With today’s news, De Vries will be back in the Williams car, meaning he will have been in two different Formula 1 cars in a weekend.

The Dutchman has not shied away from expressing his desire to drive in Formula 1 next year. With the possibility of Nicholas Latifi being dropped from Williams, De Vries could find himself at Williams next year.

Participating at the Italian Grand Prix will be the perfect opportunity for the 27-year-old. The Dutchman will be up against Latifi for the rest of the weekend. If he manages to beat the Canadian, then surely, he will have a chance replacing him at Williams?