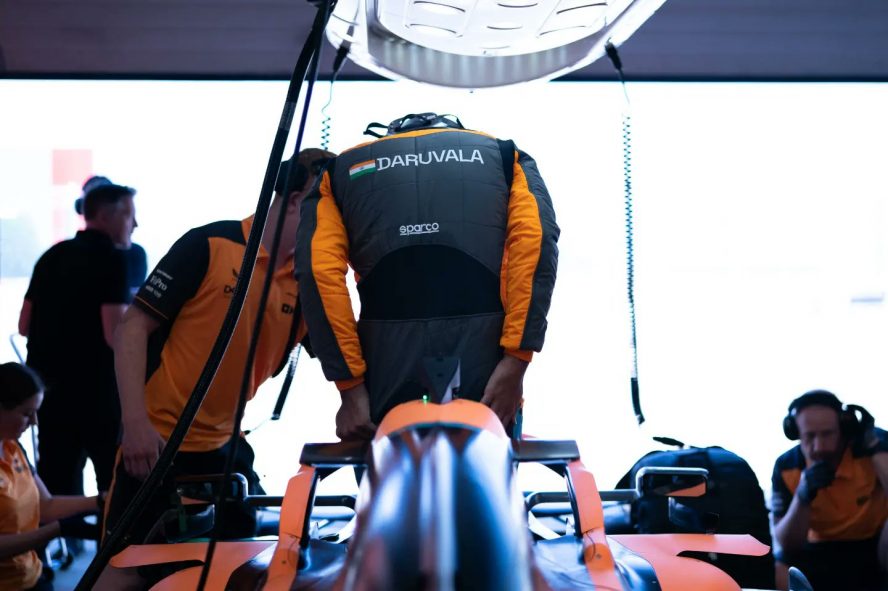 The Formula 2 driver took the MCL35M around the British track as part of their testing previous car programme.  Daruvala did two days of testing around the iconic circuit.

The young driver reflected on his feelings before getting into the car saying “I was surprisingly not nervous at all.”

“I didn’t feel out of place, I felt that I deserved to be there. I was realising my childhood dream of driving a Formula 1 car.”

Daruvala had a very effective test completing 130 laps of the iconic British circuit.

The PREMA driver discussed his time on track revealing that “I had it in my mind that I hadn’t done this before and you never know what to expect when you jump in a Formula 1 car but after I did my first run, I felt at home.”

He went on to add that his main priority was just staying focused. He went on to say “I knew that I had prepared myself physically and mentally as well as I could. So I wasn’t too stressed and was looking forward to the two days of driving a Formula 1 car.”

Daruvala went on to comment on his confidence during the test stating:

“I never doubted myself- because I knew I deserved the test.”

He concluded by saying “I was learning all the time, there was a lot of information to deal with as compared to Formula 2. I wouldn’t say that anything was easy, despite me feeling at home.”

After completing the test, Daruvala now has enough points to be eligible for an FIA Super License. Daruvala stated that he is “in the process of applying for my super licence.” Reasoning that “if an opportunity comes about in Formula 1, at least I have the super licence and I don’t have to spend time getting it.”

As a part of the Red Bull Junior driver academy, there is a high chance that Daruvala has the opportunity for another test or possibly a free practice.

Despite testing in the McLaren, Daruvala has committed his future to Red Bull. Speaking to Firstpost Daruvala made his future intentions clear.

“There are no talks with McLaren. I am focussing on my Red Bull commitments”

The PREMA driver, however, did comment that “if other opportunities come my way, I may evaluate them. Once you drive an F1 car you just want to keep driving it!”

Formula 2 takes to Silverstone for round seven where Daruvala will be looking to take home his first win of the season.