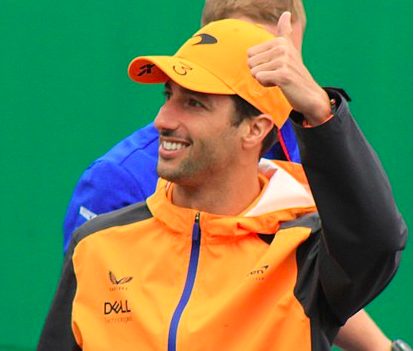 Daniel Ricciardo appears to have accidentally released his F1 plans in a social media video.

While at the Zandvoort circuit for the Dutch Grand Prix, Daniel Ricciardo appeared to be talking to Sergio Perez about his future.

With Ricciardo’s McLaren seat being passed onto fellow Aussie Oscar Piastri questions are being raised about his future. However, the former Red Bull driver may have accidentally put those questions at ease.

He was recorded walking with Perez in the paddock. While on the move, he appeared to say that he was going to:

The Formula One veteran has been widely scrutinised this season, as he recorded one of his worst results of the campaign in Zandvoort. However, this idea may have started a while ago.

Ricciardo may have been planning to take a year off from motorsport while at the Belgian Grand Prix. Before the race at Spa, he said:

“If the stars don’t align and it doesn’t make perfect sense and I need to take time to re-evaluate, then that’s what I need to do.”

Fans from across motorsport will be sad to see the charismatic driver leave the series. One definite, however, is that his difficult tenure with McLaren will end before the 2023 season. Despite this, he holds no grudges against his replacement.

Speaking after the Dutch Grand Prix, Ricciardo appeared to show no anger towards Piastri’s new deal with McLaren, he said:

“I’ve spoken to Oscar and just made sure that there’s no bad feelings there.”

After a messy few months, full of unease and controversy for Ricciardo, he showed his class by meeting Piastri. He met the young driver before the grand prix and commended his journey into Formula One.

“I don’t want to make it a bad situation for him, and that’s that. It’s nothing personal. So that’s all the conversation was. I truly do wish him well. I want him to have a good run in Formula One.”

Piastri is widely regarded as a huge prospect in Formula One, and his venture into the sport will make him the 18th Australian driver to race in F1. Ricciardo added:

“I think it made him feel better, and I think the last thing he wanted was to have some weird tension between a few of the only Australians that have ever been in this sport, so I’m glad that we’ve done that.”