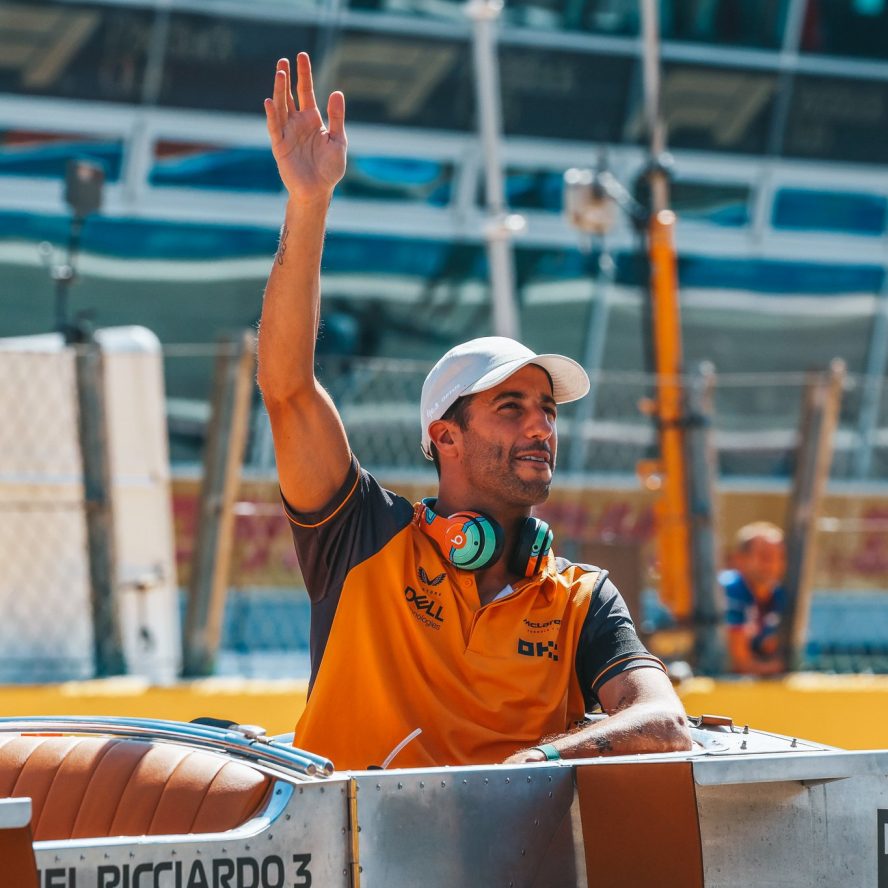 Daniel Ricciardo has no bad blood with the man who stole his seat at McLaren for 2023, Oscar Piastri

Daniel Ricciardo lost his seat at McLaren as Oscar Piastri swooped in to secure a seat for 2023, however, the Honey Badger displayed great respect towards the younger Australian.

McLaren and Alpine had a month-long dispute over signing 2021 F2 Champion Oscar Piastri. It finally came to an end after the Contract Recognition Board decided that Piastri can join McLaren.

This meant that Daniel Ricciardo, who only had one year left on his contract, had to step aside and make way for the next-generation Australian. It might be assumed that Ricciardo would hold something against McLaren and Oscar, for stealing his seat.

However, Ricciardo has always shown signs of professionality, and this situation was no exception. Now that the storm calmed down a bit, Oscar Piastri revealed on the In the Fast Lane podcast that Daniel Ricciardo spoke to him and he appreciates the great gesture that the 33-year-old showed such great sportsmanship.

Oscar was asked whether it was important for him to speak with Daniel Ricciardo. He responded: “Yeah, I think so. That was a really great thing for Daniel to get in touch. I was planning on getting in touch myself, but I think with the timing of things, he was obviously at a race and, quite frankly, I didn’t actually know if he wanted to hear from me. I was trying to think of what to say, but he beat me to it.

“A true professional, Daniel is. My respect for him was already extremely high and it’s only gotten higher in the way he’s responded.”

He added: “With him getting in touch like that, it was great for me personally. Knowing that there’s no hard feelings, that really helped me quite a lot – it was a nice moment. I think if I can get close to emulating [the] success he’s had on track, and also the character he is off the track, then I think I’ll be doing a reasonable job.”

The younger Australian has been in the Alpine driver academy, back then called Renault, since January 2020. Following the departure of Fernando Alonso – who replaces Sebastian Vettel at Aston Martin – Alpine assumed that the 21-year-old will be stepping up for them.

However this was on the contrary, and Piastri, along with his manager Mark Webber, preferred a move to the Woking team. Piastri was already linked with McLaren. Before the 2022 season started, Alpine and McLaren announced that if a driver should fail to compete for the Papaya team on a race weekend, Piastri can replace them. However, for 2023, Piastri wanted to replace one of the drivers for a whole year after spending this season on the sidelines.

Lando Norris’ place at McLaren had been secured with the multi-year deal, so the only person that was deemed to make space was Daniel Ricciardo. The Aussie had been struggling to get into grips with the MCL36 and had to fight his own battles last season too. His debut season is highlighted by the one-two win in Monza, but that was still not enough to urge McLaren to hold on to him.