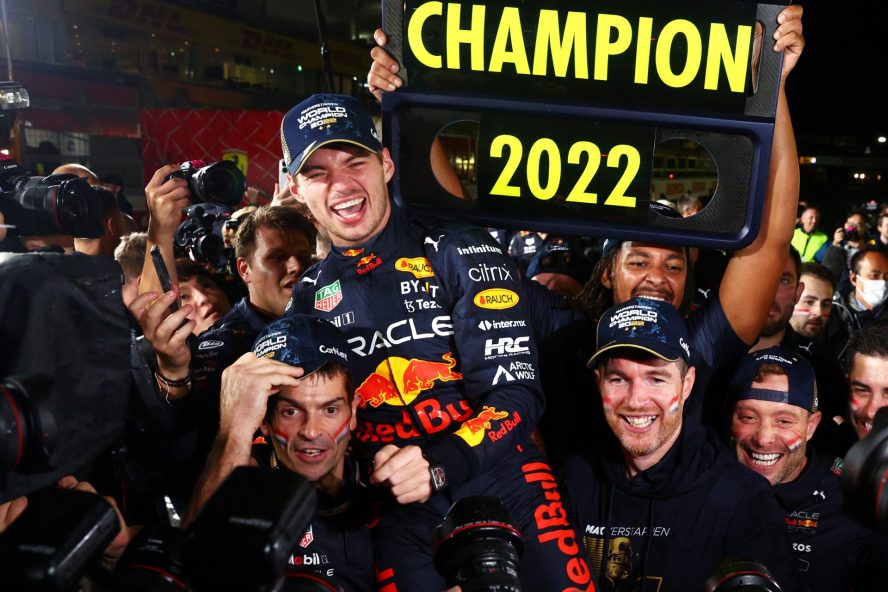 David Coulthard has come out swinging in defence of Red Bull's Max Verstappen, already calling the 25-year-old 'one of the best'

Former F1 driver David Coulthard believes that you have to be a “f***ing idiot” to think that two-time World Champion Max Verstappen has only had his success in Formula 1 because he was in a good Red Bull car.

Verstappen ran the show in 2022, dominating the previous two F1 seasons amassing 25 race victories. The Dutchman has earned himself 854.5 points, 227 points than any other driver on the grid since 2020.

However, just as seven-time World Champion Lewis Hamilton has struggled to shush the nay-sayers, Verstappen also has his doubters.

All of the F1 greats have had their driving ability played down due to their dominant cars, even Michael Schumacher at Ferrari. However, Coulthard believes there is a major difference between being a good driver and being “a beast”.

“Just as Lewis doesn’t need nine World titles for me to consider him one of the greatest drivers in the sport, Max doesn’t need three to be considered one of the best,” said Coulthard to Formule1.nl

“Max is already one of the greats.

“You would also have to be a f**king idiot to claim that he only achieved this ‘because he was in a good car’.”

The idea that Verstappen is only as successful as he is due to his RB18 has become a bit of a farce when considering what he has achieved in the sport.

Since he stepped foot into Formula 1, Verstappen has been writing himself into the history books.

Coulthard also pointed out the fact that none of Verstappen’s teammates have been able to reign him in the points tallies.

“After all, none of his teammates have been able to measure up to him,” he said.

“Max is a beast on the track, a winning machine who doesn’t give a s*** about what we have to say or what anyone else has to say. He’s unbelievable.”

Unfortunately in this day and age, it’s extremely difficult to be able to enjoy an athlete’s greatness with doubters, haters and naysayers all sharing their opinion and analysing every move under a microscope. So for the sake of Formula 1 and for you as a fan. Enjoy our great generation of drivers while you can before they are referred to as mere legends.