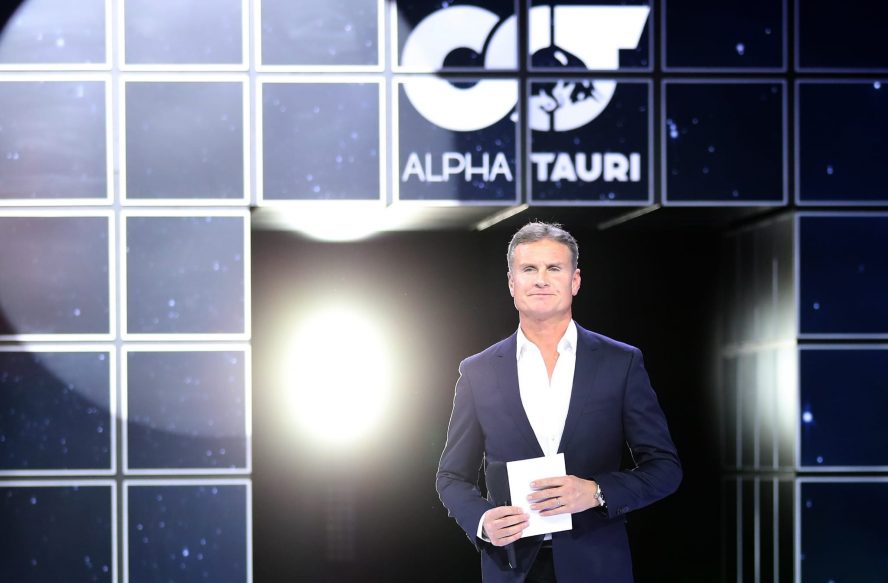 The current debate surrounding porpoising keeps growing around the Formula 1 paddock. Now, while team principals appear to be fighting on the new FIA directive, former F1 driver David Coulthard talked about porpoising while inviting drivers to “keep things in perspective”.

With the new technical regulations for 2022, the problem of porpoising came back into Formula 1 unexpectedly. In particular, Mercedes driver Lewis Hamilton explained to RacingNews365.com the necessity to “completely getting rid of it and fixing it, so that the future drivers, all of us, don’t have back problems”. While some drivers, like Hamilton, have been openly vocal about the issue, others, like Max Verstappen, didn’t particularly struggle.

Now, former F1 driver David Coulthard admitted he believes the return of porpoising to be simply part of the sports’ history, as much as the controversy surrounding it. Asked by Jacob Leeks from the Mirror in a press conference FormulaNerds attended, Coulthard said: “I think we are in race nine of a completely new set of technical regulations so this has been a phenomenon since pre-season testing, although clearly some teams either did a better job or got luckier in their fundamental design to not be as badly affected.”

Coulthard: “History has a habit of repeating itself”

The Scot went on to explain the origin of porpoising: “I think that anyone that followed F1 from the late 70s/ early 80s, they had ground effect. It was a known condition back then where if you know, floor ceiling with the skirts released and the car popped up, it was also a way for them to get around ride height controls where you know, the car has to have a certain ride height, which it passed in the pit lane. It went out on the track back and then it suddenly dropped down to a much lower ride height and then ran outside the spirit of the rules. But if you ran over a curb, your release the floor and then you’ve got this porpoising effect.”

Coulthard then discussed how innovation is part of Formula 1: “History has a habit of repeating itself and Formula 1 has the ability because of technical regulations and the way you actually understand those rules. Adrian Newey, someone I always worked with since my Williams days, always used to say he reads the rules to see what they say but more importantly what they don’t say. What they don’t say he designs, hoping for a loophole that gives him an advantage. It makes sense, doesn’t it? If you’re gonna design something that fits in the box, how are you gonna be able to outperform your competitors?”

As innovation is regular in Formula 1, so are the protests from the teams:

“Like other years when they brought in grooved tyres and then narrow track cars, there’s a constant evolution, constant technical dealing with updates and those that are struggling more, of course, are gonna be more vocal than those that are getting results.

Everyone got the same set of technical regulations handed to them, I’ve been in a situation where I’ve had the advantage of my team doing a better job and I’ve been on the other side when the team didn’t do such a good job and you take the pain whether it’s through your lower back.”

Coulthard: “Just get on with it”

While many drivers recently complained about the physical consequences of the effects of porpoising, the former Red Bull driver didn’t hold back:

“But what I would say to you is if any driver feels uncomfortable, if any driver feels he’s doing to himself long term damage, step aside. There’s a whole bunch of guys and girls that would very happily step into your car if you feel uncomfortable. I think we have to keep the perspective that sport doesn’t come with the princess and the pea’s mattresses.

If you’re a boxer, you have to accept someone is gonna punch you in the face. If you’re a footballer, someone is gonna drag their studs down the back of your legs. My girlfriend used to play for the Swedish National team and she has marks on her legs because as a striker she was getting taken out of matches. I think we have to keep in perspective a little be that this is the way certain things are and there’ll be evolution but for the most part, just get on with it.”

The debate surrounding porpoising will continue as the Circus gets close to the next Grand Prix in Silverstone. In a weekend full of action, F1, F2, F3, and W Series will race in front of the British crowd. In particular, fans will be able to watch the fourth race of the 2022 W Series season live from Silverstone on Sky Sports and Channel 4 on Saturday 2 July, exclusively for the British Grand Prix.