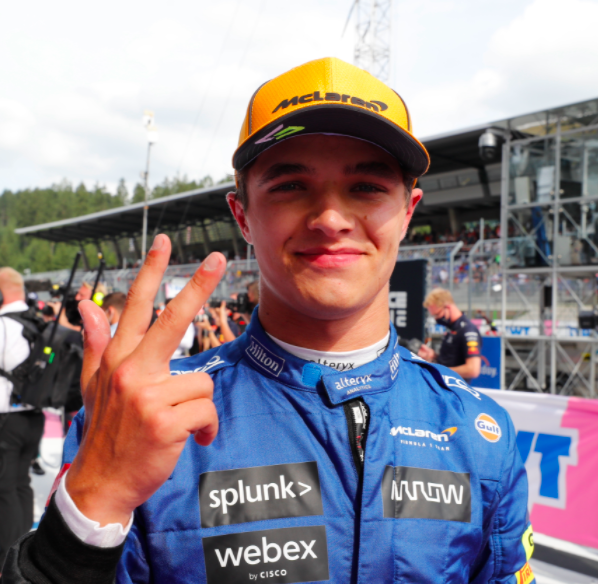 Lando is currently on 10 licence penalty points which will change before the British Grand Prix.

Norris is set to lose two penalty points at Silverstone. This will happen as it’s almost 12 months since he got his first two points.

Lando said, “There should be decisions when someone’s done something dangerous and put someone in harm’s way and done something that they clearly shouldn’t have done – and then you have racing when people have to use common sense. Nothing I’ve done is dangerous. Maybe in some cases, you deserve an on-track penalty because you did something bad in terms of racing, and you just made a mistake. But then you have things that people do every now and then, which is purely dangerous.”

According to all of the penalties, The Brit shouldn’t lose any more points until November. At present, Lando has 2 points for overtaking under yellows in free practice session 1 at last year’s Styrian GP. Then 3 points for not slowing for yellows in Turkey at qualifying in 2020. Also 3 points for not pitting under the red flag during this year’s Azerbaijan qualifying. Lastly 2 points for forcing Perez off the track into the gravel at today’s Austrian GP. This is not good news for Mclaren.

In 2014, the superlicence penalty points system was established. The aim is to track points and ban repeat offenders for their incidental offences spanning a 12-month period. None of the drivers have been banned yet but many have come close.

Spanish Grand Prix WILL have fans at 2021 race

All of a sudden, the FIA stepped up on penalties. What does this mean for upcoming races?