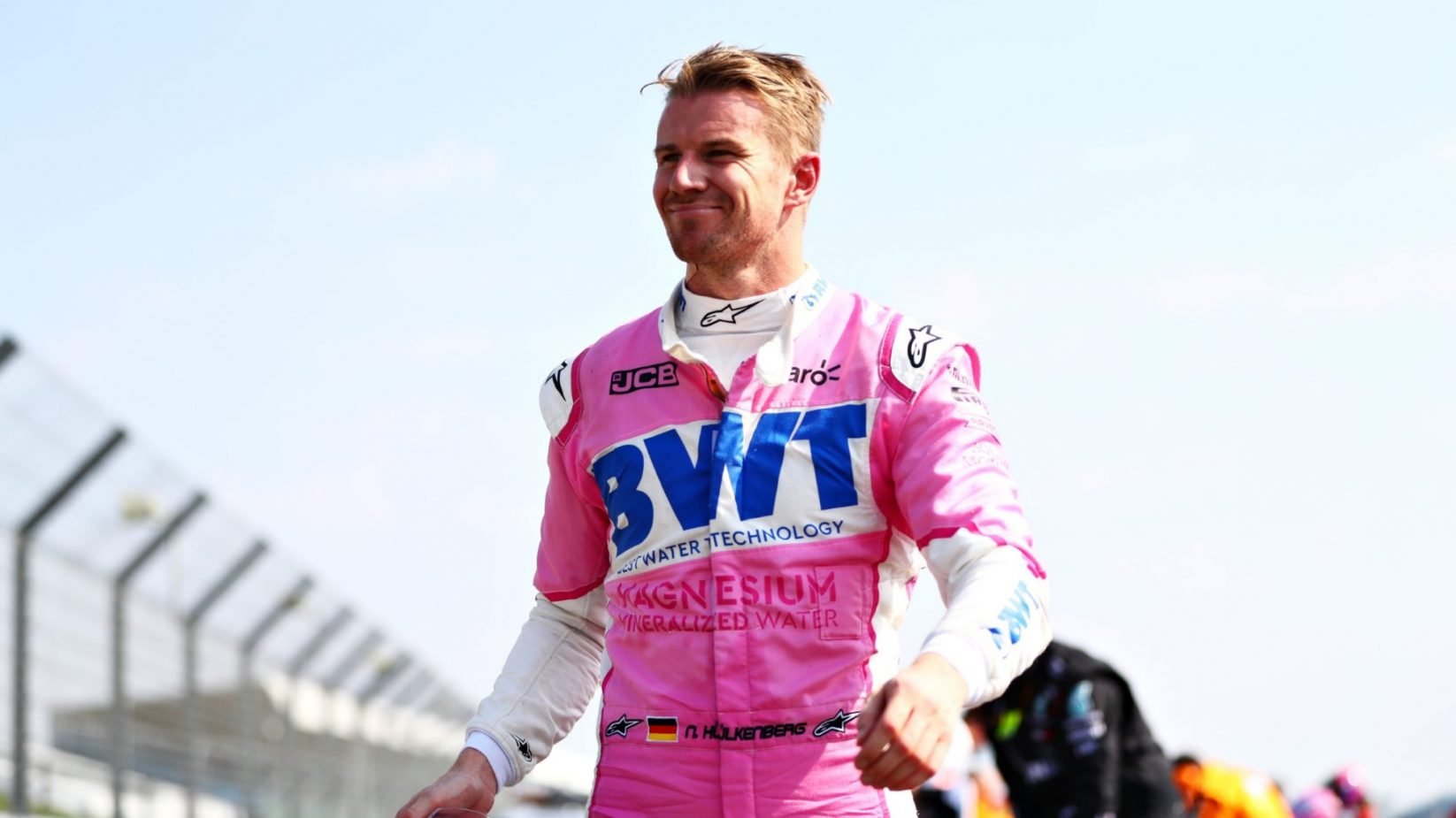 Could we see an unlikely return?

Williams boss Jost Capito has revealed that his team have a “long list” of replacements if they are to lose current driver George Russell to Mercedes next year – including former driver Nico Hulkenberg.

Russell is currently in his third year with the team, regularly outperforming a car lacking in pace – and this season advancing into Q2 on every occasion.

The Brit is a Mercedes junior driver and has been loudly knocking on the door of the reigning world champions to secure a seat with the team for next season.

The man standing in his way is Valtteri Bottas, whose contract expires with Mercedes at the end of the year. If the Silver Arrows decide against keeping the Finn beyond 2021, it’s almost certain he will be replaced by Russell.

This would leave a vacancy at Williams and Aston Martin’s reserve driver Hulkenberg has been linked with the seat.

The German has plenty of Formula 1 experience having started 179 races – the last of which was at the 2020 Eiffel Grand Prix around the Nurburgring – yet pathways back to a full-time drive haven’t presented themselves.

But Hulkenberg is on the books at Williams, who are promising not to rule out any potential candidates just yet.

“I think at the moment we do not exclude any driver who would be available next year,” Capito told formula1.com.

“And Nico [Hulkenberg] is available for next year, so we’ve got quite a long list.

“It’s not definitely the driver who wants to be world champion next year – for us, he would be in the wrong team.

“We need drivers who are willing to support the team, to get the team back, to lead the team, and to improve performance.”

“At the moment we can see the interest in drivers to get to Williams is increasing,” he added.

“I would say it’s because of the positive steps we’ve done recently. I think we are well-funded and this is known, and we are getting the steps in the right direction.

“We hope we continue in this so we are working hard to continue in that and this makes Williams an interesting team for a driver to be there in the future.”

Russell’s future is expected to be decided during the upcoming summer break, leaving Williams plenty of time to find a suitable replacement.