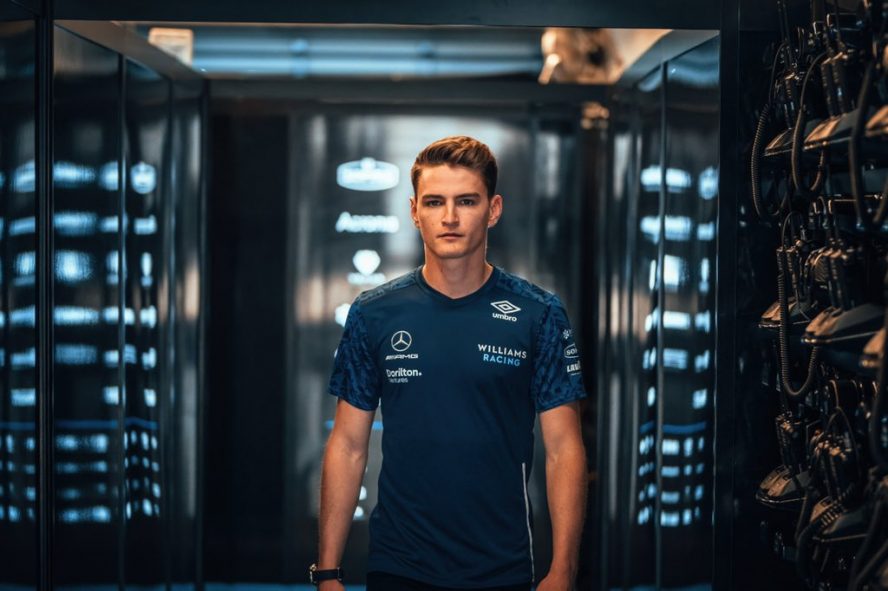 Confirmed: Logan Sargeant to drive for Williams in 2023 F1 season

Logan Sargeant is set to drive for Williams in the 2023 Formula 1 championship, the team has announced.

The 21-year-old will partner Alex Albon next year as the British outfit seeks to fight its way back towards the front of the grid.

Williams have continued to struggle this season, and currently sit bottom of the constructors’ standings on eight points, but Sargeant has flourished in Formula 2.

Thus far, during an impressive 2022 campaign, in which he won the feature races in Austria and Britain, the American has racked up 135 points. As a result, heading into the final round at Abu Dhabi, Sargeant currently sits third in the championship.

Having made his Williams debut in free practice at this weekend’s US Grand Prix, Sargeant has now been contracted to drive for the team in 2023.

However, the rookie’s place on the grid does depend on him securing fifth in Abu Dhabi, which would earn him enough super licence points to get into F1.

Although F2 is brimming with talent, and some may ask why Sargeant should be in F1 ahead of title-winner Felipe Drugovich, there’s no doubt the American has had a great year.

Bar a few late-season issues, which saw Sargeant take home just 20 points from the last five races, he may well have been in the championship hunt.

There are also plenty of reasons why the youngster’s move tallies up off the track. Not only is the driver American, much like Williams’ owners Dorilton Capital, but he’s long been part of the Williams Driver Academy, making his accession to the top table a natural one.

Sargeant also impressed in his first appearance for the Grove outfit in an F1 session at the Circuit of the Americas (COTA), and racked up 23 laps, albeit finishing 3.468 seconds behind newly-crowned champion Max Verstappen.

After the session, team boss Jost Capito told Motorsport.com that he’s “confident that he’s ready,” whether Sargeant gets his super licence points or not, but admitted that his drive will still depend on them.

What now for the driver market?

Sargeant’s promotion to the Williams F1 team sees him take one of the very few seats left that been unclaimed for the 2022 season, with only Haas now having a spot available.

Williams’ decision has left little in the way of options for the likes of Daniel Ricciardo. As such, Ricciardo is taking a sabbatical from the sport next season, with a view to returning to F1 when a more competitive opportunity opens up.

Elsewhere, with Sebastian Vettel retiring from F1 at the end of the season, the grid is set for a significant shake up next season.

Fernando Alonso is off to Aston Martin and Pierre Gasly has joined Alpine, while Sargaent will also be joined by fellow former F2 stars Oscar Piastri and Nyck De Vries in 2023.

Haas, meanwhile, are said to be considering their options for next year, with the likes of Nico Hulkenberg, Antonio Giovinazzi and current driver Mick Schumacher, all in contention.