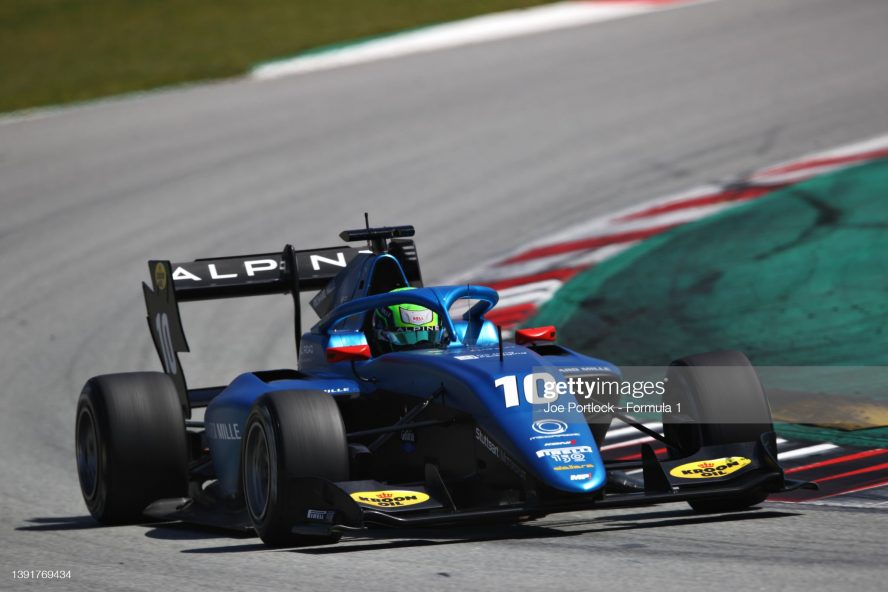 Formula 3 continues its second lot of in-season testing. The drivers are testing at the Circuit de Barcelona-Catalunya in Spain ahead of their second round at Imola.

Yesterday was day one. Topping the timesheet was ART Grand Prix’s rookie Gregoire Saucy with a time of 1:32.247.

The ten teams took to the track again today. Here is how it went down.

Formula 2 suffered from rainy weather during their testing earlier this week. But for Formula 3, a dry day in Barcelona set the perfect stage for qualifying runs.

Finishing the top three, was Van Amersfoort Racing’s (VAR) Franco Colapinto.  The rookie’s one-lap pace shined through as he set a time of 1:38.848, 24-thousandaths of a second behind.

Colapinto also collected the most track time for the second day in a row. He completed an impressive 51 laps adding to day one’s 103 laps.

Oliver Rasmussen has joined Trident after Jonny Edgar had to leave the championship due to health reasons. Rasmussen finished seventh today, with teammate Zane Maloney in eighth.

The field proved very competitive with the top 15 drivers setting times within a second of each other.

Moving into the afternoon meant the teams switched to race simulation.

Jenzer Motorsport’s William Alatalo set the fastest time of the session with a 1:34.488.

Following closely behind was Campos Racing’s Josep Maria Marti with a 1:34.984. This was 0.496s off Alatalo.

Arthur Leclerc currently sits second in the championship, and today he put himself P3. The championship contender set a time of 1:35.027.

Despite narrowly missing out on P3, VAR’s Rafael Villagomez racked up the most tours of the Circuit de Barcelona-Catalunya with 58 laps.

Charouz Racing System had David Schumacher testing in Barcelona, taking the place of Ayrton Simmons. Schumacher finished sixth in the afternoon with a time of 1:35.242.

Race runs didn’t dampen the competitiveness of the field. The top 10 drivers all finished within a second of each other.

With four different drivers topping the sessions, Colapinto proved the most consistent. The VAR driver placed P2 in yesterday’s classifications as well as P3 in today’s final classification.

While proving consistent ,Colapinto also racked up the most track time completing 209 over the two day test.

The top 10 drivers of the day line up as follows:

Formula 3 returns in Imola for Round 2.