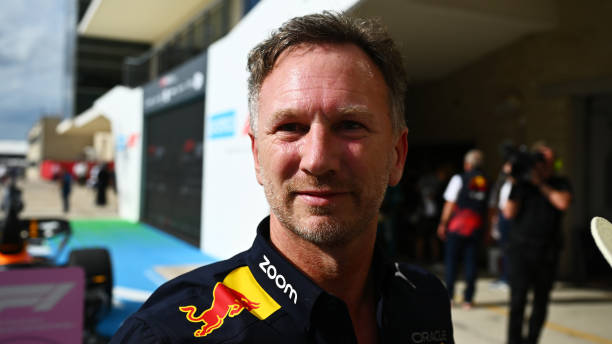 Ahead of the US Grand Prix qualifying session, we received the announcement that Red Bull Racing and AlphaTauri Team Owner, Dietrich Mateschitz, had passed away. His impact on Formula One as a whole is immeasurable. His teams have borne two multiple world champions, Sebastian Vettel and Max Verstappen. As well as race winners Carlos Sainz, Daniel Ricciardo, Sergio Perez, Mark Webber, and Pierre Gasly.

But what could his passing mean for the future of both Red Bull Racing and AlphaTauri?

Horner reassures fans that Red Bull is not going anywhere

Mateschitz was always a big supporter and a fundamental part of Red Bull’s endeavours in Formula One. So, it is understandable that fans could be concerned about their future. However, Red Bull Team Principal Christian Horner reassures fans that Mateschitz has ensured the future of his teams. Horner has said regarding the future:

“No, the future is set. He’s [Mateschitz] put in place a very strong foundation for the future.”

In fact, Horner alludes to the team’s latest project, Red Bull Powertrains, as being a key part of Red Bull’s continuation in the sport. He referred to Red Bull manufacturing their own power units as being “the missing piece of our jigsaw,” and that Mateschitz “had the vision to enable that to happen.”

According to Horner, the Red Bull Racing founder was passionate about the power unit project. On Mateschitz’s continued involvement with the project up until his passing, Horner said:

“He set that vision, and he was involved right up until last week. He has the vision for and endorsed the plan for Red Bull Powertrains, to set the team up for the future, for the long term.”

Horner continued that Mateschitz’s “commitment,” to the team, “puts Red Bull Racing in a very strong position for many, many years to come.”

Are we in the era of Verstappen dominance?

Following the result of the US Grand Prix, Red Bull Racing are the 2022 constructors’ champions. And the team’s number one driver, Verstappen, became the 2022 drivers’ champion at the Japanese Grand Prix. Have we now entered the era of Verstappen dominance?

When asked the same question, Horner opted to downplay his driver’s chances. He responded:

“You can’t make predictions like that. I mean, we’re up against some very tough competitors. We’ve had a wonderful year this year, we’ve broken all our own records now in terms of wins, and one-two finishes, for example.”

He went on to warn, “you know, we have some very, very competitive neighbours, and I’m sure they’re going to come back strong next year.”

With the results of Red Bull’s cost cap breach pending, due to the suspension of talks following Mateschitz’s death, could the team continue to build upon their success in 2023?