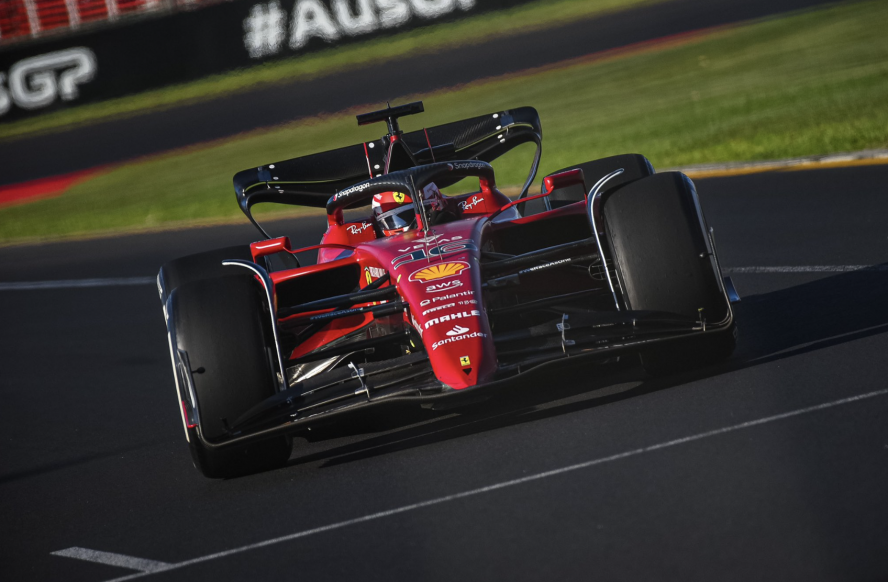 This was the largest audience in attendance with 419,114 fans at Albert Circuit Park in Melbourne.

The temperature was 25°C while track temperatures were 40°C. With three DRS zones, drivers started on medium and hard tyres. The pit stop strategy was one or two stops. The sun was also a challenge for drivers.

Overtaking at high speed was intense by Turn 1. The Leclerc and Verstappen rivalry continued. Despite losing a bit of grip and making an early pit stop, the Max managed to get the fastest lap at one point. There was a bit of wheel to wheel action to get your heart racing. Leclerc led the majority of the race. Max fancied his chances constantly until he retired.

One could tell it was going to be Hamilton and Perez. Lewis looked ready in defense mode. He got a great start. The seven-time champion picked up pace. Somehow Perez got closer to his teammate. Soon Checo seemed to be struggling and went into the pits. The Brit enjoyed getting ahead. The Mexican’s DRS kicked in later and he recovered ahead of the Mercedes.

Alonso showed up. He took on Pierre Gasly. It was so close. The Spaniard sailed by with his excellent experience. The Alpine driver continued to work his way up the grid. Fernando was fierce following right behind Russell and Hamilton. Adding pressure, Fernando was fast while taking on Mick Schumacher. Alonso was incredibly impressive.

What a move by Fernando Alonso on Pierre Gasly 🤩

Stroll almost pushed Bottas off track. The weaving made you wonder. The Canadian got a five-second penalty and penalty point.

Yuki Tsunoda and Mick Schumacher almost touched too. Something which will be investigated later.

Norris pushed past Kevin Magnussen. Daniel dared to make a move. It became a McLaren sandwich. The Aussie advanced eventually. It was great racing for the Honey Badger at home.

During lap 3, a yellow flag appeared. Carlos Sainz slipped past Schumacher by Turn 9 and 10. In sector 3, his #55 car slid across the track and into the gravel. A safety car was deployed. The Spaniard was safe. Unfortunately, he had to retire. The race was neutralised.

By turn 4, Sebastian Vettel clipped the kerb and spun into the wall. The Aston Martin lost its way. From extensive damage, tons of debris laid on the track. A safety car came out. It wasn’t quite the German’s weekend.

Towards the end, Max Verstappen smelled a weird fluid which caught fire. He exited safely. The Red Bull was rolled off the track.

Pierre Gasly locked up and lost places. The silly spin allowed Bottas to take advantage and move ahead.

This was Mercedes best performance so far in the season. Hamilton and Russell remained in position with their strategy. George got his second ever podium in Formula 1. He shared, “We gotta be in it to win it and capitalise from others’ misfortune, and we’ll take it.”

Ferrari were dominant throughout the race. It’s well deserved for the Prancing Horse team. He got the fastest lap with a 1:20:620. Congratulations Charles Leclerc! The Monegasque driver said, “What a car today. Of course I did a good job all weekend, but it was not possible without the car. I’m just so happy!”