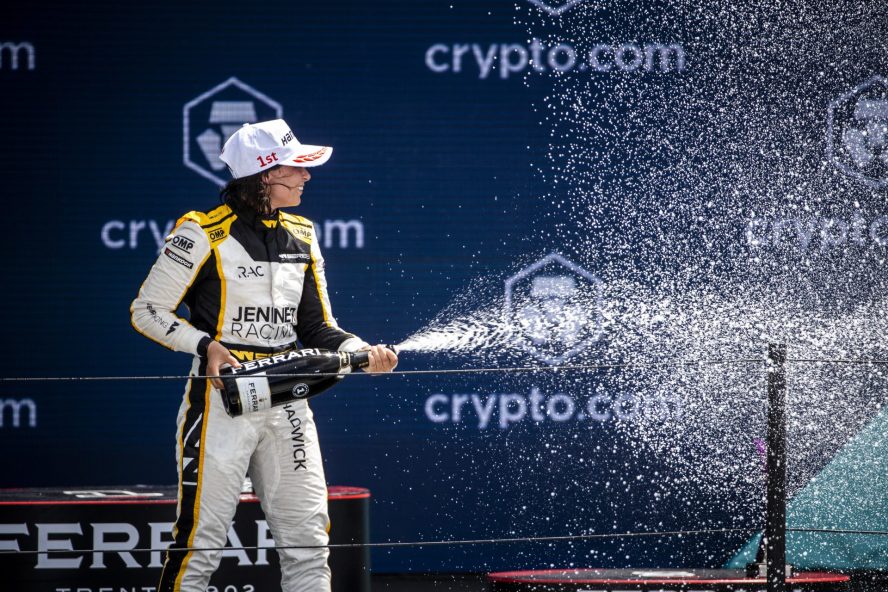 Jamie Chadwick won yet again in W Series during the weekend of the Spanish Grand Prix. With her on the podium, Abbi Pulling in second and Alice Powell in third.

A good start from Jamie Chadwick from pole position saw the Brit maintaining the lead followed by Abbie Pulling and Alice Powell. A successful first lap also for Nerea Marti, who starting from 11th was able to jump to eighth at the start.

despite the good premises, however, Chadwick seemed to struggle to create a gap from Pulling and Powell. Yet, a lockup from Pulling guaranteed the 2-times W Series Champion some space, leaving the Racing X driver and the Click2Drive Bristol Street Motors driver battling for second place.

At the back of the grid, Tereza Babickova, who started from 16th following a 3-places penalty due to a collision in Miami with Juju Noda, ended up last after a bad start but engaged in a fight with Abbie Eaton and Bianca Bustamante.

In the midfield, the Spanish trio composed of Nerea Marti, Marta Garcia, and Belen Garcia was incredibly close on track creating great expectations for a battle that was however not concretized.

The final lap saw Abbi Pulling closing in remarkably on Jamie Chadwick, possibly due to a mistake of the latter. The young Brit was not able however to overtake the reigning Champion, who is now starting to have an important lead in the Championship. A final note also goes to notice rookie Chloe Chambers ended up retiring from the race after she lost the car into the gravel on the last lap.

Finally, Spain provided the fifth consecutive victory for Chadwick since Austin 2021, showing a constant dominance that doesn’t seem to be getting any less strong. Good start of the season also for Abbi Pulling, who conquers her second podium in W Series and her best result ever, completing a full British podium in Barcelona with mentor Alice Powell in third.

The final results are as follows: