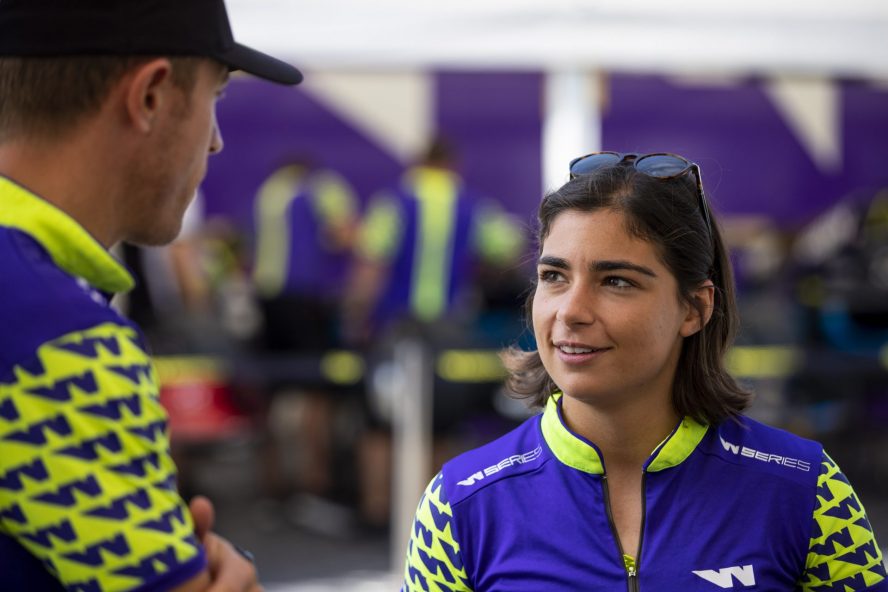 The Brit discussed her plans for the future after W Series

Jamie Chadwick admitted her goal for the future is to reach Formula 1 within five years. The Brit is currently on the verge of winning her third W Series title while looking at viable options for the future both in Europe and the States.

Jamie Chadwick’s lack of progress to the upper echelons of motorsport is a key point in the discussion surrounding women in the sport. The 24-years-old can has already proved her talent by conquering two titles in W Series in 2019 and 2021, with the 2020 season not happening due to the pandemic. If any more doubts exist, Chadwick has returned to the Championship in 2022 and has been nothing short of dominant, winning all races but one so far in the season. Yet, her progression into the sport doesn’t seem to get any easier.

Recently, Formula 1 CEO Stefano Domenicali declared he doesn’t see a woman accessing F1 any time soon, as reported by the BBC: “Realistically speaking, unless there is something like a meteorite, I don’t see a girl coming into F1 in the next five years. That is very unlikely.”

Recently asked her opinion on Domenicali’s quotes, Chadwick admitted in a press conference FormulaNerds attended she plans to reach F1 within five years, if able to find the correct access to the right feeder series. As quoted by The Guardian:

“My goal is definitely to try and make it in five years. There is a lot I need to achieve in that time but my goal is to try and go through the correct feeder series and have success to be in F1 within five years.”

What does the future hold?

While Chadwick’s career in W Series has surely been successful, it is highly unlikely she will retain her seat in the series in 2023, despite her admission that the Championship still challenges her. While the optimal plan would still be to find a seat in F3, it looks like the better option at the moment would be a drive in Indy Lights, following a test with Andretti Autosport last week, to then eventually move to F2 in 2024. As reported by RACER, the Indy Lights test leaves options open:

“It’s really cool, and something that I’m really surprised by. I didn’t think that the test would get the reaction it got. From everything that I’ve spoken to people about and seen, it’s been really positive. And I think the Indy Lights series and the Road To Indy package is really, really popular. It has an amazing fan base. So to have that crossover, potentially, with some of the people that support me, it’s great. It’s something I think could be quite exciting.”

While IndyCar seems like an option, nothing is decided yet and opportunities are still arising, as Chadwick added, as quoted by The Mirror: “Options are open. Formula 3 and Formula 2 and Indy Lights are kind of the options I’ve been looking at. Conversations are ongoing in Europe and America.”