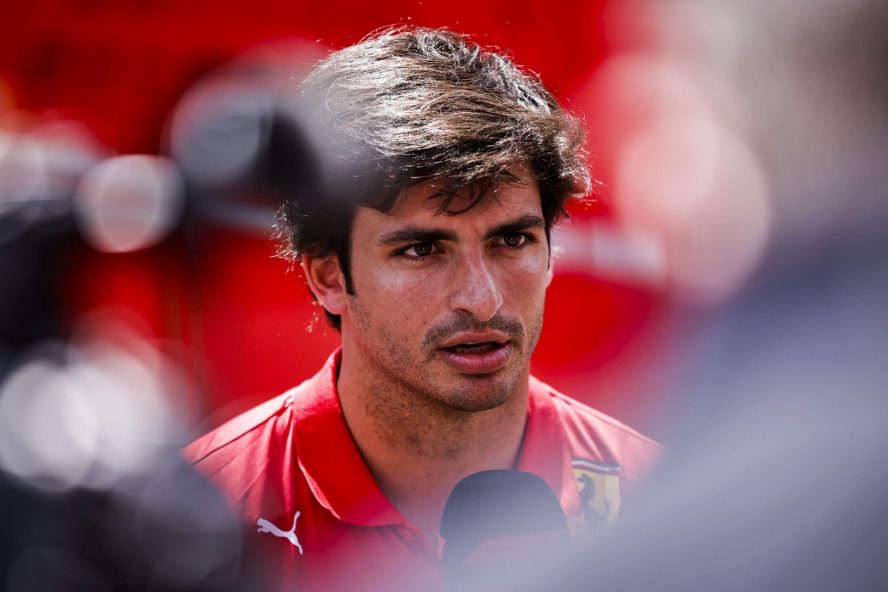 Porpoising has been one of the main concerns this year for drivers and performance, and Carlos Sainz too had his say.

The 27-year old went into his home Grand Prix commenting on the long-term health issues that porpoising might leave on the drivers. It has already been a problem for George Russell, who endured severe pain in Imola.

The Spaniard told The Guardian that Formula One needs to consider “how much of a toll a driver should be paying for his back and his health in a Formula One car.

“With these kinds of cars’ philosophy, we need to open a debate more than anything. I have done checks on my back and neck tightness and this year it is tighter everywhere, I am already feeling it. I don’t need expert advice to know 10 years like this will be tough.”

Sainz is not having the best season with Ferrari so far, having had two consecutive DNFs and is not as fast as his teammate Charles Leclerc. He has many questions to ask regarding his performance but he asked F1 to also ask a question themselves on how much a driver can take.

He added, “To run as stiff as our necks and backs as we are having to run lately with this car mass, it’s a question for F1 and everyone to think about. How much a driver needs to pay a price in his career and his health in order to combat it. I am thinking long term.”

George Russel is one of the main drivers suffering from porpoising having suffered immense pain in Imola. Despite this, he remains the only driver to finish in the top five of every race this season so far.

He said, “I’d love to speak to my team and be able to share some of the data of the forces we are experiencing through the car. We are driving 200mph down the straight, the car is smashing against the floor. I think sometimes people forget there is a human being inside the car, We might have a helmet on, but it’s brutal. A conversation needs to happen at some point.”

As the Brit thinks that F1 needs to sit down and have a conversation about this, Sainz can only see speaking to Russell as one of the last resorts. No one will understand you better than someone who’s suffering from the same problem. Sainz explained how the new regulations are good for overtaking and making racing interesting again, but what about the driver?

By Jay Winter13 hours ago

The Spaniard said, “There is the interest of the teams, of overtaking, of the show you need to factor in the equation but what if we for the first time also factor in the driver? It could be interesting. It will get to a point that if we decide to go in a certain direction the FIA needs to get involved. It’s still a new idea for me and I need to talk to other drivers like George that are struggling with the same phenomenon, to sit together to see what we can offer or propose.”

There is worse than porpoising

On the other hand, some drivers think that porpoising is not the biggest health concern there is in Formula One. Sainz’s former teammate at McLaren, Lando Norris, said that one could have worst issues after a crash.

He said, “I would have thought you’d have much worse effects from crashing a car at 50 or 60G like some of us have done. There are also many ways for them to stop porpoising. Like lifting your rear ride height 20mm.”

Norris made that sound very easy, maybe Mercedes should have brought him in and he would have solved the problem from the start. But jokes aside, even Charles Leclerc doesn’t find this to be a problem.

Rather than agreeing with Lando, he explained how he is a different sort of person and such things do not bother him. The Monagesque said when asked if it was a problem, “I don’t think so, I think we are in a much better plane than even 20 years ago, so it’s not the most comfortable car to drive with porpoising. But I’m probably not the best person to speak because I’m not sensitive at all. Curb-riding doesn’t disturb me and porpoising doesn’t disturb me also. It’s not a problem for me.”