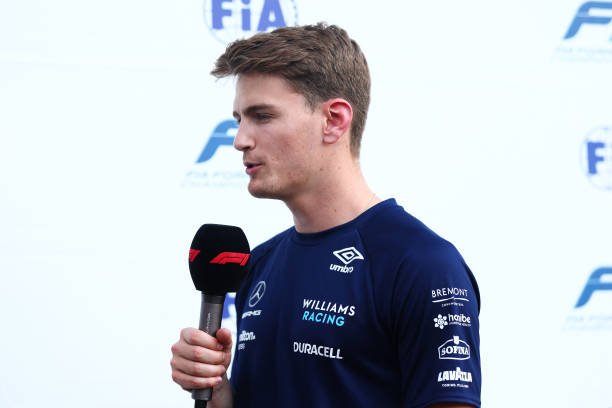 Capito: Sargeant is “ready” for F1 but he just “needs some points”

Jost Capito has given his thoughts on Logan Sargeant

Jost Capito has spoken about Logan Sargeant as potentially replacing Nicholas Latifi at Williams for next season.

Logan Sargeant joined the FIA Formula 2 Championship in 2022 for his rookie season. He’s racing for Calin and has partnered with Liam Lawson.

With only one round left of the F2 season, Sargeant is third in the standings. He has 135 points, but those behind him aren’t too far away.

Recently in the past five rounds, since Le Castellet, Sargeant has suffered at least one DNF over a race weekend. However, the American has had some great performances this year, notably his back-to-back feature race wins at Silverstone and in Austria.

At the end of last year, Sargeant joined the Williams Driver Academy. For Sargeant, this has given him the opportunity to drive the Williams at COTA during the FP1 session in front of his home crowd.

It has also meant that he could potentially be up for Nicholas Latifi’s seat next year on the F1 grid. The Canadian, along with Niko Hulkenberg, has failed to score points this season.

Jost Capito, Williams’ CEO, has spoken about Sargeant and moving up to F1.

Jost Capito said over the weekend of the Italian Grand Prix that:

“And in the situation of the team we can work on different strategies. We are not so much in the front that we need two very experienced drivers, so we can experiment a bit, and get young drivers in. So we’ll see what turns out to be best.”

Sargeant, who is only 22 years-old, is a strong candidate. When speaking about his potential, Capito said he feels Sargeant is ready.

“I think he’s ready. Yeah, he needs some points. Of course, if he doesn’t get the points, nothing helps. But yeah, I’m confident that he’s ready, if it gets the points or not.”

By Francesca Herring2 days ago

Capito also commented on Sargeant’s nationality. Currently on the F1 grid, there are no American drivers. If Williams were to sign Sargeant to race alongside Albon, he would bring a huge audience from the US.

Whilst this would be a positive for the team, Capito said they “wouldn’t take him because of that.” He said it will down to whether Williams think Sargeant is ready.

“Either we think he’s ready and he’s capable or not. He could do another year [in] F2, or whatever.”

In Abu Dhabi, Sargeant will need to finish in the top five of the championship in order to get the super licence points needed. Without the correct number of points, he won’t be able to race in F1 and Williams will have to look elsewhere. Nyck de Vries was in contention after Monza, but reports state he could be linked to AlphaTauri.

Abu Dhabi is the weekend of November 19th-20th. Will Sargeant be able to get the necessary points?