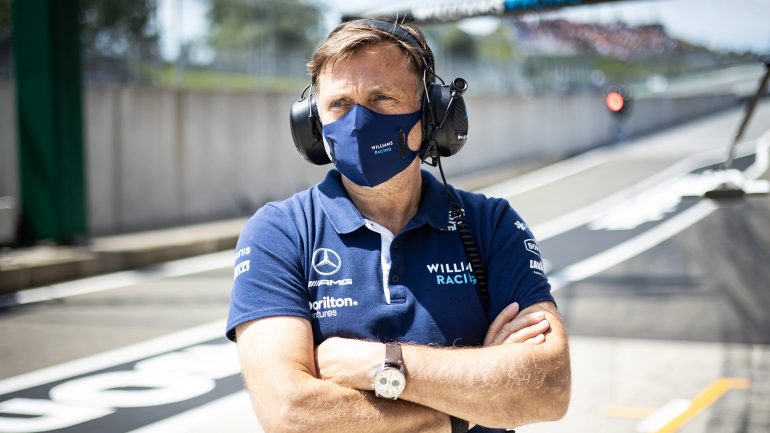 Capito: “Mercedes had no say in the decision to bring Albon to Williams in 2022”

Alex Albon will be back on the grid in 2022 for Williams, substituting George Russell. As many were surprised to see a Red Bull driver in a Mercedes-powered team, Grove’s Jost Capito clarified Brackley didn’t have anything to do with the decision on Albon.

Alex Albon’s rise and fall in F1 has been quicker than most. The Thai driver debuted at the pinnacle of motorsport in 2019 with Toro Rosso but was moved to Red Bull halfway through to replace Pierre Gasly. After a not-so-brilliant second season with Milton Keynes in 2020, Red Bull decided to change its philosophy and welcome Sergio Perez to the team, ultimately leaving Albon on reserve driver’s duties.

Yet, his work for Red Bull convinced Williams that he can be the perfect substitute to George Russell and Albon will rejoin the grid in 2022 with Grove. Williams Team Principal Jost Capito admitted to Formel1.de that Milton Keynes’ management was helpful in finding an opportunity for the 25-year-old: “I discussed most of the issues with Christian (Horner) and Red Bull really wanted Alex to find an F1 seat. That’s why the negotiations were not so difficult. They wanted to support him in his search for a seat and we wanted Alex.”

Overall, despite the rumors of a difficult negotiation due to Mercedes’ interests in Williams, Capito went on to clarify how Brackley had no say in the deal: “Toto also has no problem with Alex leaving Red Bull to join us. It wasn’t as hard as it looked from the outside. It has always been clear, also with Mercedes, that the decision about the drivers lies with us. We choose the drivers who are best for the team. That is also in the interest of Mercedes because they also want their customer teams to perform as well as possible. There has never been any discussion about this.”

Previously, Capito had talked with Motorsport.com about Albon’s role within the team: “I think for Alex, it’s great to have this second chance to come back and lead the team to move forward. It is clear that he has to develop the team together with Nicky and us and all the engineers and everybody in Grove. And he seems to enjoy this role. I’m sure he fits well in our environment. And we will have a lot of fun with him, and he with us as well. And I’m sure he will perform very well.”