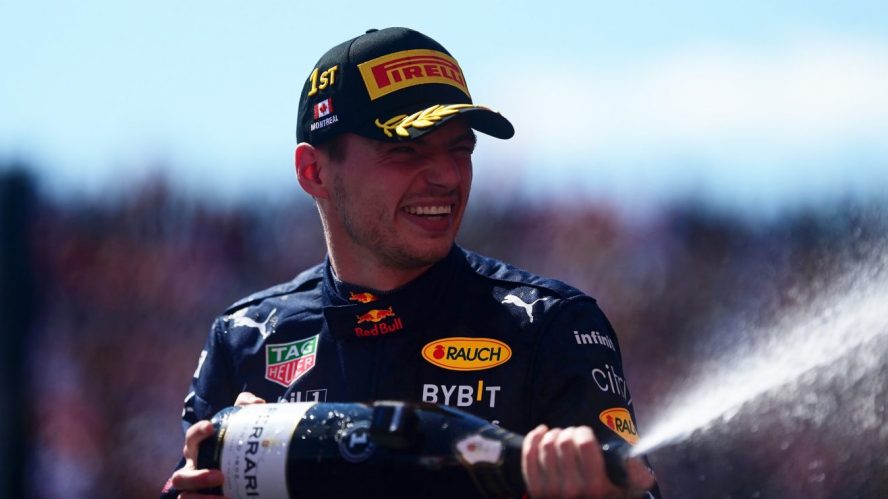 Things have changed since last time we were in Canada, here's what we learnt this time around

The Canadian Grand Prix had many twists and turns during its 70 laps, but here’s what we learnt…

Montreal always provides a show. Canada is always full of drama, whether it’s a last-lap breakdown, a maiden victory, or a time penalty (hint hint Vettel in 2019).

This year didn’t disappoint. The rainy qualifying session seemed like a world away when the lights went out in the Sunday sunshine.

The qualifying takes us to our first lesson. At the Canadian Grand Prix, we learnt that rain is the greatest equalizer in F1.

Lesson 1: Rain Levels the playing field, quite a bit

So, the title of this article lied. Lesson 1 was from Saturday, rather than Grand Prix Sunday. However, it is important nonetheless.

Some cars do perform better in the wet, however, wet races and sessions become increasingly driver-dependent. This is why, at the end of Q1, it was a great shock to see Lance Stroll knocked out. Stroll is known to be a wet weather specialist, and in front of his home crowd, it would have been a great opportunity.

Rain also levels the field at the top. With the absence of big names (Perez, Norris and Bottas), Q3 was exciting. In dry conditions, it was unlikely that Alonso would have made the second row as his Alpine in nowhere near the top teams.

It was Alonso’s skill, guts and years of experience that got him there. It was also incredible to see the two Haas’ in P5 and P6.

It also showed us that sometimes a gamble doesn’t pay off. George Russell trying the slicks was a costly mistake and it shows how important getting it right in qualifying is. Things can go wrong, even for Mr. Saturday

All in all, the Canadian Grand Prix taught us that wet weather shows us who is “on it” that weekend.

Lesson 2: Alpine is looking like they could be the ‘best of the rest’

After a stellar qualifying result, Alpine knew it would be tough to stay in position for 70 laps. So they didn’t. They led their own race and it became quite clear that the team’s main target was hindering Charles Leclerc.

Leclerc was coming through the field and eventually got stuck behind Ocon. In Leclerc’s defense: Leclerc was on old tyres, whilst Ocon was on new ones.

Despite this, Ocon seemed almost impossible to get past. Ocon had great traction coming out of corners and then zoomed along the straight as the car displayed exceptional straight-line speed.

Alonso was also pretty quick. Although he was no match for Verstappen and Sainz did get past him very easily, he was quick.

After this weekend, Alpine sit in P5 in the constructor’s standings. They have also closed the gap to McLaren after they suffered a points-less weekend. Alpine are now 8 points behind McLaren and could easily overtake them in the next round.

The Canadian Grand Prix showed us that the best of the rest could be an exciting battle and that Alpine could be victorious.

Despite Charles Leclerc starting from P19, many at Ferrari had high hopes that the Monegasque driver would be in the top 4 by the chequered flag. This, however, was not the case.

Leclerc suffered a very slow first stint and an unfortunate second stint. He got stuck in DRS trains, and as mentioned earlier, he was stuck behind an extremely quick Alpine. He also suffered a very bad pitstop which hindered his progress.

The car was also a lot slower than expected when driving through the field. We also saw the Ferrari suffer during Carlos Sainz’s battle with Verstappen at the end. Despite DRS, the Ferrari couldn’t get close to the Red Bull.

Russell also commented on the Ferrari saying he was surprised Leclerc couldn’t attack himself or Hamilton towards the end.

Leclerc said he was frustrated with the race, however, he was satisfied with the team’s strategy. Can Ferrari catch a break?

Lesson 4: Hamilton never left, and, Mercedes could be back…

To be honest, I’m sure everyone is sick of the word “porpoising”. Yet, it was still an issue this weekend. Hamilton still struggled with Porpoising and the Mercedes did look like it was suffering at the Canadian Grand Prix. The long back straight was not ideal for Mercedes.

Despite this, the Mercedes was quick. At one point on Sunday, the two Mercedes appeared to be the quickest on track. Lewis Hamilton took a comfortable Third place and George Russell continued his top-5 streak with a P4 finish.

It was a great result for the team. In terms of standing, Russell is now only 15 points behind Leclerc. The team are also safely in P3, 40 points behind Ferrari.

It started on Saturday. As mentioned earlier, the rain is a great leveler. Max has often got pole in the dry, but “maybe it’s because of the car”. That theory was debunked on Saturday when he dominated qualifying.

We all knew Max was good. We just didn’t know he was THIS good.

When starting on the front row, he’s often taken the lead of a race and built up an enormous lead. It was expected this would happen at the Canadian Grand Prix and that he could sail to victory. Yet, when the Virtual Safety Cars came out, the pressure was on.

The pack bunched up and an opportune pitstop put him in P3. Despite this, he battled through until the next Virtual Safety Car. It did look, for a split second, that Verstappen could be coming home in P2, purely because of accidents and pitstops.

In the closing stages of the race, we saw how good Max is. Carlos Sainz was attacking lap after lap and was consistently getting DRS. Despite this pressure, Max didn’t put a foot wrong. He didn’t lock up, he didn’t have any bad exits and most importantly, he didn’t lose his head.

It was a masterclass. It was clinical. At no point during the closing stages did Verstappen look stressed or under pressure.

This was an important lesson for everyone. It showed us that he matured. He truly is a reigning world champion.