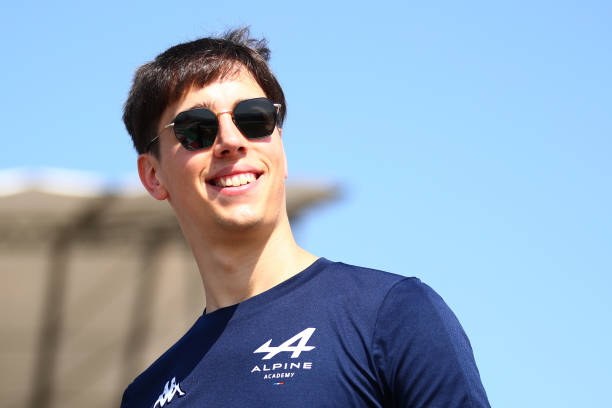 BARCELONA, SPAIN - MAY 19: Olli Caldwell of Great Britain and Campos Racing (14) walks the track during previews ahead of Round 4:Barcelona of the Formula 2 Championship at Circuit de Barcelona-Catalunya on May 19, 2022 in Barcelona, Spain. (Photo by Eric Alonso - Formula 1/Formula Motorsport Limited via Getty Images)

The British driver tested Fernando Alonso’s 2021 A521 around Silverstone on Wednesday. The test came on a monumental day for Caldwell, 12 years to the day since he started karting.

Over the course of the day, Caldwell completed 584.7km across both sessions. The morning session consisted of multiple six-lap runs, which focused on the Alpine Academy driver getting used to the car and how it differed from his Formula 2 car at Campos.

Moving into the afternoon session, Caldwell had completed the run plan for the test and moved on to qualifying simulations.

Caldwell commented on the experience saying:

“It’s been unbelievable and I’m quite speechless, there’s nothing I could compare it to. It’s everything I expected and more.  There’s nothing you can do to prepare for how it feels.”

The Campos driver then went on to compare the two cars, reflecting that: “the car is incomparable to F2, everything is more, there’s more speed, downforce, braking plus there are about 50 more buttons.”

He then moved on to address what he could take from the test back to F2, saying: “I’ve got used to working much faster in this car and then going back to F2, where obviously it’s slower, I will be able to take forward what I’ve learned from this experience and adapt it when I’m back driving this circuit in an F2 car.”

Caldwell went on to thank the team for the opportunity:

Alpine were also impressed by Caldwell’s work in the A521. Julian Rose, Alpine Academy Project Manager, commented on his performance, saying: “Olli did a great job today. He kept a sensible head and put in a lot of laps, showing maturity on his debut.”

Rose went further with his praise: “He was committed and gave detailed feedback after each run which allowed him to make some good progress throughout the day. Overall a very good approach that shows lots of promise.”

“I’m sure he will be able to put this experience to good use as he moves forward in F2 this season.”

Caldwell currently sits 22nd in the driver standing having yet to score a point.

Formula 2 visits Silverstone for round seven, where the British driver will be hoping to improve for his home race.