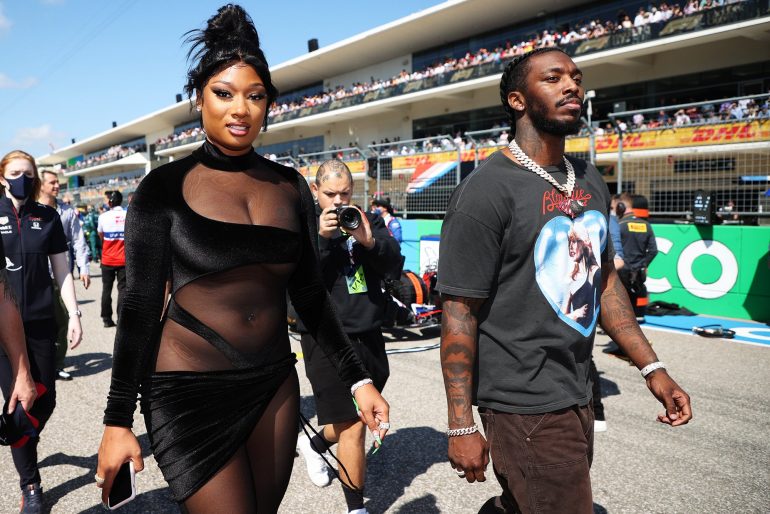 The grid walk is back – and we couldn’t be more excited. But Sky Sports F1 expert and former racing driver Martin Brundle called for more respect from visiting celebrities and their entourage after a particular encounter on the grid.

After almost two years, the grid walk was back on race Sunday. Covid restrictions and work bubbles had put a hold on a very welcome part of the race build-up broadcast. Brundle has made the grid walk his own over time, with many memorable – and some awkward – moments.

The packed Austin grid was the first weekend the Sky Sports reporter tried to grab as many people and their thoughts ahead of the Grand Prix as possible, with stars like actor Ben Stiller and golfer Rory Mcllroy amongst the guests.

However, not all interviews were easy to come by. One encounter in particular quickly made the rounds on social media. In an attempt to speak to rapper Megan Thee Stallion, her entourage tried to push Brundle and the TV crew out of their way. The rapper herself seemed happy to have a chat, but it was her crew who quickly wanted to shut down the conversation.

“I think she’s happy… okay boss,” said Brundle to an aggressive bodyguard before asking MTS if she had any rap for F1. “I have no rap today, I’m sorry…”, she replied laughing, after which Brundle asked who she would be supporting. One of MTS’s crew then told him that he ‘couldn’t do that’ – before Brundle hit back and said: “I can do that, because I did.”

Brundle himself took to Twitter on Monday to make it clear he was not intimidated by celebrities – and urged them and their bodyguards to change attitudes.

I have felt under pressure on the grid before but by people called Senna, Prost, Schumacher, Mansell, Piquet and so on. Bodyguards visiting the grid for the first time don’t bother me, everyone’s got a job to do, but they could maybe learn some manners and respect on our patch ?

The grid walk is a welcome, usually light-hearted, part of a race weekend, that many fans have missed over the past 18 or so months. As we know, Brundle approaches everyone on a grid the same way, which is a reason why it’s so popular. Whether it’s an Oscar-winning actor, a multi-award-winning singer, or a World Champion in his/her respective sport – it’s these spontaneous moments the viewers like to see.

Once the lights went out, the on-track action also delivered with Lewis Hamilton taking the lead from pole-sitter and title rival Max Verstappen into Turn 1, and Red Bull making the undercut work to take the lead from the Brit.