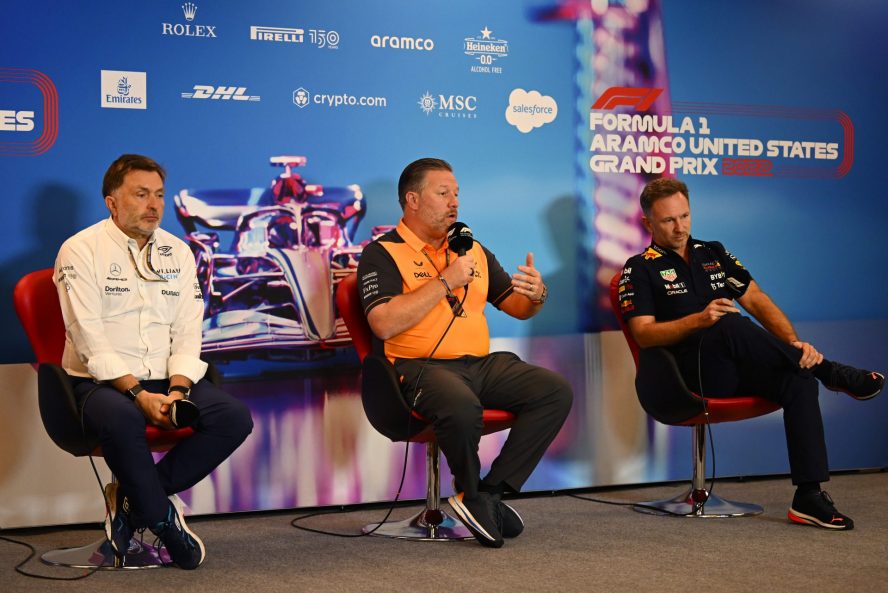 McLaren CEO Zak Brown expressed himself in favour of imposing penalties on drivers who cause red flags during qualifying as a way to solve deliberate incidents for personal gains.

Following the Brazilian Grand Prix, the struggle between the two Red Bull Racing drivers surfaced doubts regarding qualifying for the Monaco Grand Prix. In particular, on that occasion, Sergio Perez had lost control of his RB18 causing a red flag which eventually conquered him P3 for the race in front of his teammate. Paddock rumours now believe that crash to have been intentional and at the source of Verstappen’s refusal to help his teammate in Brazil.

The discussion on penalties for drivers who happen to cause red or yellow flags during qualifying is not new within the Circus but the accident made the conversation reopen abruptly with Ferrari driver Carlos Sainz being one of the main supporters of the case, as quoted by The Race:

“Without commenting on if it was on purpose or not, I think it’s for real now that all drivers want some kind of a rule that if you generate a red flag or a yellow flag, if it’s intentional or not, there should be something done to that driver because you’ve compromised the other nine on purpose, or maybe not.

Brown: “It can be implemented right away”

Agreeing with Sainz, McLaren CEO Zak Brown also believes penalties to be necessary, as reported by Motorsport.com: “I think what Carlos said, I think it should be red flags or yellow flags, for effectively impeding a driver from completing their lap.

“They do that in other forms of motorsports, the penalties, you just lose your fastest lap from that session, and all the drivers tend to do one lap runs so that would penalise the driver if it was intentional or unintentional. Because you’ve messed up someone else’s laps.

“I think that’s an easy solution, it can be implemented right away. You cause a driver to have to back out, you lose your lap, you get to go again and maybe you won’t have a chance. Maybe you will or you have to use another set of tyres. I think that’s the easiest way to solve it.”