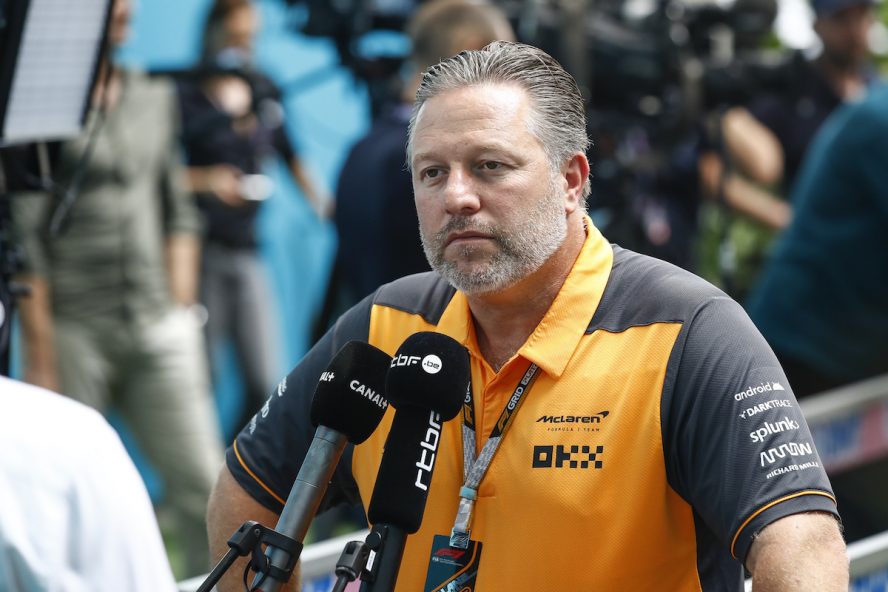 Despite having been linked to a McLaren seat at times this year, it was with AlphaTauri that Herta very nearly got a seat for 2023.

Pierre Gasly remains a likely contender and, if he is to move on, there will be at least one seat available at Red Bull’s sister team next season.

There was one major hurdle, however – the young American’s lack of Super Licence points.

Herta has just 32 of the 40 points required to enter Formula 1 and, despite Red Bull’s best efforts, the FIA have said they will not be making any exceptions. With that, the IndyCar race winner’s F1 avenues appear to have closed, for now at least.

“The whole licensing system needs to be reviewed”

Brown, who still has an agreement with Herta on an F1 testing programme, thinks the Super Licence rules need a complete overhaul. He feels that IndyCar is undervalued.

“If someone like Colton, who’s won a lot of IndyCar races isn’t eligible for a Super Licence, then I think we need to review the superlicence system.”

By Morgan Holiday3 hours ago

Both the IndyCar and F2 champions receive the requisite 40 points for a Super Licence, but from second place down it is a very different story.

The top three of F2 also receive 40 points, with fourth and fifth receiving 30 and 20 respectively. Despite the stronger pedigree of the series, second to fifth in IndyCar receive 30, 20, 10 and 8 points respectively.

The McLaren CEO went on to point out that the current rules would have prevented Formula 1 world champions from obtaining a seat in the past.

“So, if you go back and look, there are a couple of guys, world champions, who wouldn’t have got their Super Licence in today’s environment.”