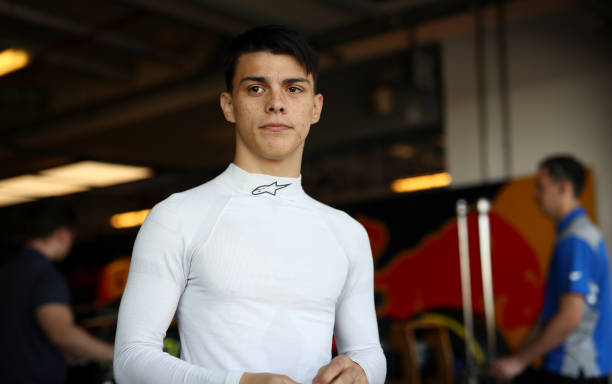 Another driver has joined the Red Bull junior programme

Formula 3 vice-champion Zane Maloney has joined the Red Bull Formula 1 academy as a junior and reserve driver for 2023.

He moved up to Formula 3 following a fourth-place finish in the Formula Regional European Championship by Alpine in 2021. His season started on the slow side but ended strong, with him taking three Feature Race wins in a row at the end of the year. Outside of those wins he only scored one other podium, a second place in the Feature Race in Hungary. He also took pole positions in both Imola and Zandvoort.

Following a successful Formula 3 campaign, Maloney competed with Trident, his Formula 3 team, in the final round of Formula 2. But he told FormulaNerds that it would be his final race weekend for the team.

Maloney completed the Formula 2 post-season test with Carlin Racing, the team he’s expected to compete with in 2022.

Now, the driver from Barbados has signed with a Formula 1 junior academy in Red Bull Racing. As he’s expected to compete in Formula 2, he’ll have a lot of company.

“I’m thrilled to announce that I will be a part of the Red Bull Racing Junior Team and F1 reserve driver in 2023,” said Maloney. “I am grateful for the opportunity and support, and look forward to getting the season started.”

Among other Red Bull juniors expected to compete in Formula 2 are Dennis Hauger, Jehan Daruvala, Jak Crawford, Ayumu Iwasa, Isack Hadjar, and Enzo Fittipaldi. But there are still pieces of the puzzle to be filled in before Formula 2’s silly season is over or Red Bull announces their full junior academy lineup.

Fittipaldi was the team’s most recent signing, Red Bull announce the Brazilian junior would join their ranks following his impressive rookie season in Formula 2. He’s expected to be teammates with Maloney at Carlin next year.

On top of being a part of Red Bull’s junior academy, Maloney will also serve as a reserve driver for the team in 2o23. This announcement means he’ll be working closely with the Formula 1 team and performing duties on race weekends.