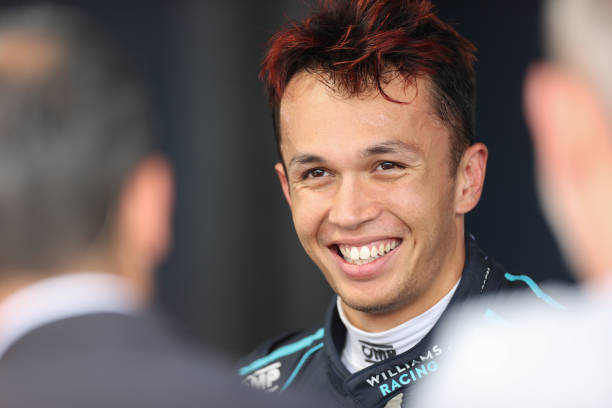 BUDAPEST, HUNGARY - JULY 30: Alex Albon of Great Britain and Williams during qualifying ahead of the F1 Grand Prix of Hungary at Hungaroring on July 30, 2022 in Budapest, Hungary. (Photo by Peter J Fox/Getty Images)

Albon will remain with the team for 2023 and beyond

Williams Racing has announced that Alex Albon will remain with the team for 2023 and beyond.

The Team has announced a multi-year deal with Albon, following major disruptions to the Formula 1 grid for next year.

First, it was Sebastian Vettel announcing his retirement at the end of 2022. Then, it was Fernando Alonso announcing his move to Aston Martin. Following that shock announcement, Alpine announced Oscar Piastri as Alonso’s replacement, which Piastri denied.

Now, Williams Racing has announced one of their drivers for next season, which is less of a shock than all the news that proceeded it. The team was expected to retain Albon for at least another year, which is now official.

Albon has a contract with Williams for an unspecified number of seasons, but we know that it’s more than just one year.

Poking fun at the recent drama, Albon announced on Twitter that “I understand that, with my agreement, Williams Racing have put out a press release this afternoon that I am driving for them next year. This is right, and I have signed a contract with Williams for 2023. I will be driving for Williams next year.”

Albon’s contract with Williams may have been expected, but it closes off yet another piece of the very confusing puzzle that is next year’s Formula 1 grid.

Many questions still remain. Who will be in the Alpine seat that the team announced Piastri for? Will Piastri move to McLaren, and if so, what happens to Daniel Ricciardo? Will Williams retain Nicholas Latifi, or opt for someone new?

Fortunately for Albon, he is no longer a part of that puzzling situation. He and Williams have their future together set in stone for several years to come, and both seem very happy with the deal.

“It’s really exciting to be staying with Williams Racing for 2023” said Albon. “And I look forward to seeing what we can achieve as a team in the remainder of this season and next year.

“The team is pushing hard to progress, and I am really motivated to continue this journey and further develop our learnings together.”

Williams Team Principal Jost Capito also commented on the decision to extend Albon’s contract, saying: “Alex is a tremendous driver and valued member of Williams Racing, so we’re thrilled to be able to confirm we will be working with him on a long term basis.

“Alex brings a great blend of skill and insightful learnings that will help bring the team greater success in the future.”

Albon currently sits 19th in the standings with three points to his name, but his performances in a less than ideal car package have impressed the team, as well as many other people in the world of Formula 1.