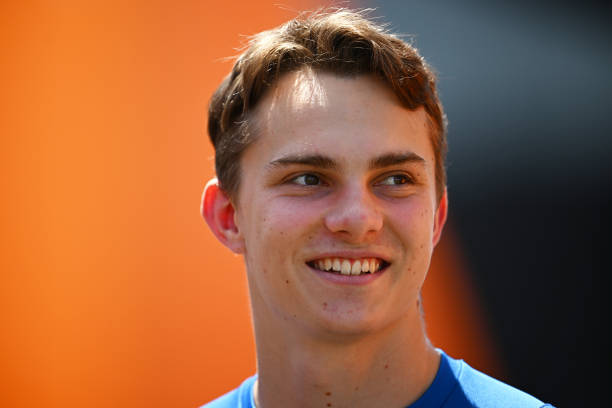 BARCELONA, SPAIN - MAY 19: Oscar Piastri of Australia, Alpine F1 Reserve Driver walks in the Paddock during previews ahead of the F1 Grand Prix of Spain at Circuit de Barcelona-Catalunya on May 19, 2022 in Barcelona, Spain. (Photo by Clive Mason/Getty Images)

Oscar Piastri is taking the step up to Formula 1

Alpine announced that Oscar Piastri will race for the team from 2023, after the announcement of Fernando Alonso moving to Aston Martin.

Days before the Hungarian Grand Prix, Sebastian Vettel announced that he will be retiring from Formula One. With Vettel’s retirement, Aston Martin had an empty seat to fill.

The team then announced that Fernando Alonso will be signing with them for a multi-year deal. The Spaniard’s move to Aston Martin from 2023 left a seat open at Alpine.

Oscar Piastri, the French team’s test and reserve driver, has been waiting for a shot at Formula One since he won back-to-back feeder series championships. He won the FIA Formula 3 championship in 2020, where he beat Théo Pourchaire.

However, the Australian’s time has come as he takes the step up to F1 becoming a full-time F1 driver for Alpine.

Alpine announced moments ago that Piastri would finalise their driver line-up for 2023, joining Esteban Ocon. They shared the announcement on Twitter.

After four years as part of the Renault and Alpine family, Reserve Driver Oscar Piastri is promoted to a race seat alongside Esteban Ocon starting from 2023. pic.twitter.com/4Fvy0kaPn7

Otmar Szafnauer, Team Principal of Alpine, commented on Piastri’s move up to Formula 1. He said “Oscar is a bright and rare talent” and that the team are “proud to have nurtured and supported him through the difficult pathways of the junior formulae.”

He continued saying: “Through our collaboration over the past four years, we have seen him develop and mature into a driver who is more than capable of taking the step up to Formula 1.

“As our reserve driver he has been exposed to the team at the track, factory and testing where he has shown the maturity, promise and speed to ensure his promotion to our second seat alongside Esteban.”

“Together, we believe the duo will give us the continuity we need to achieve our long-term goal of challenging for wins and championships.”

Piastri will be the second Australian on the grid after Daniel Ricciardo as he steps up to Formula 1.