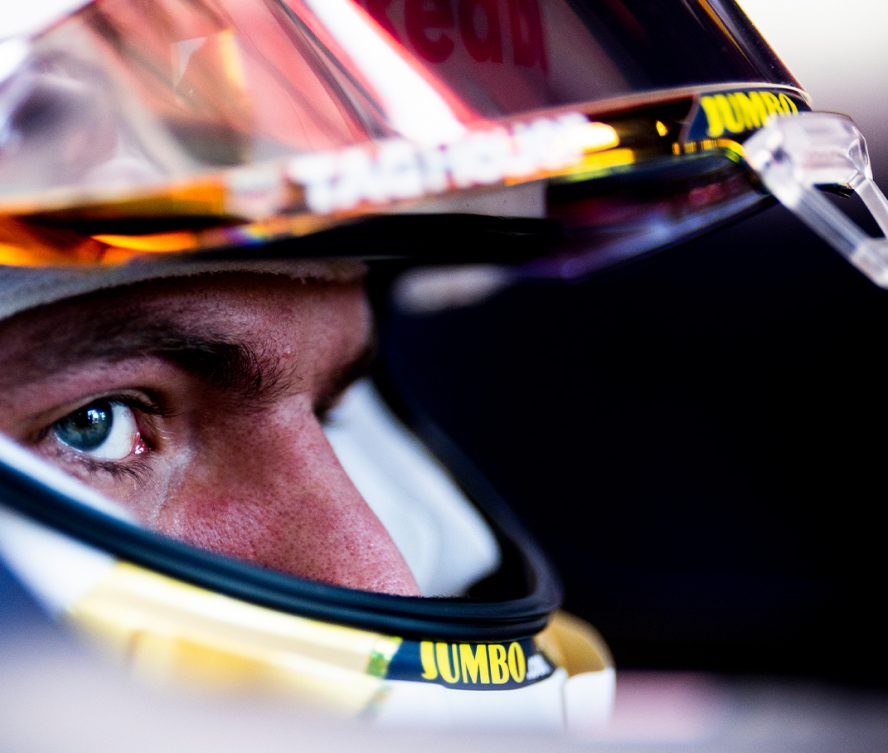 Max Verstappen has stormed to the top of the timesheet in final practice ahead of qualifying for the 2022 French Grand Prix.

While Ferrari set the pace in FP1 and FP2, drivers Carlos Sainz and Charles Leclerc struggled in FP3, locking up at different points in turns eleven and twelve respectively.

At one point the latter even bemoaned that his “tyres were dead on the second lap,” showing that his team have problems to solve if they’re to be competitive in the race.

Ferrari’s issues left Verstappen in a class of his own, and he comfortably set the fastest time of the session by more than three-tenths of a second.

By contrast, despite Mercedes introducing a slew of new upgrades to his car this weekend, Lewis Hamilton was only able to post a time of 1:33.255, nearly a second short of the dutchman.

The seven-time champion was running a different rear wing to teammate George Russell, and as it turned out, this had a significant impact on his pace down the circuit’s straights, at one point costing him 1.5 seconds per lap against Verstappen.

If Hamilton is going to net his first win of the 2022 season in the 300th Formula 1 Grand Prix of his career, he’s therefore going to need a rapid change in fortunes during qualifying and the race.

Heading into the weekend, Mercedes had been widely-tipped to challenge Ferrari and Red Bull, but following a difficult Friday practice in which Hamilton told Skysports that they still had “a lot of ground to cover,” the team was no more competitive in FP3, with its drivers ultimately placing fourth and sixth.

Given that Mercedes’ fastest runner remained the best part of a second behind Verstappen’s Red Bull during the session, Ferrari still looked its closest challenger for the race, but the Italian outfit’s session was also far from ideal.

Even before Verstappen had set his fastest soft lap, he had topped the timesheets impressively on mediums, with Sainz only managing to beat this in the session’s last ten minutes by just over over a tenth.

What’s more, after his engine blow-out in Austria, the Spaniard has been forced to take a new internal combustion engine (ICE), turbocharger, MGU-H and MGU-K, meaning that he’ll start on the back row on Sunday alongside Haas’ Kevin Magnusson, who has taken an engine penalty as well. Thus leaving Leclerc to fight alone in a two-car battle against the Red Bulls.

So far, Mercedes’ upgrades may not have worked as hoped at Circuit Paul Ricard, but those of its Williams customer team have proven very effective.

Elsewhere, with the race expected to be tough on tyres, Aston Martin had looked good in FP2 long runs, but the pace of its drivers suffered on faster rubber in FP3, with Sebastian Vettel and Lance Stroll finishing last and 18th, around two seconds off the pace.

However, as is traditional in FP3, many drivers were running with a qualifying setup. As such, the true picture on tyre degradation may not emerge until well into the race tomorrow.

Qualifying for the 2022 French Grand Prix is set to begin at 3pm (BST).