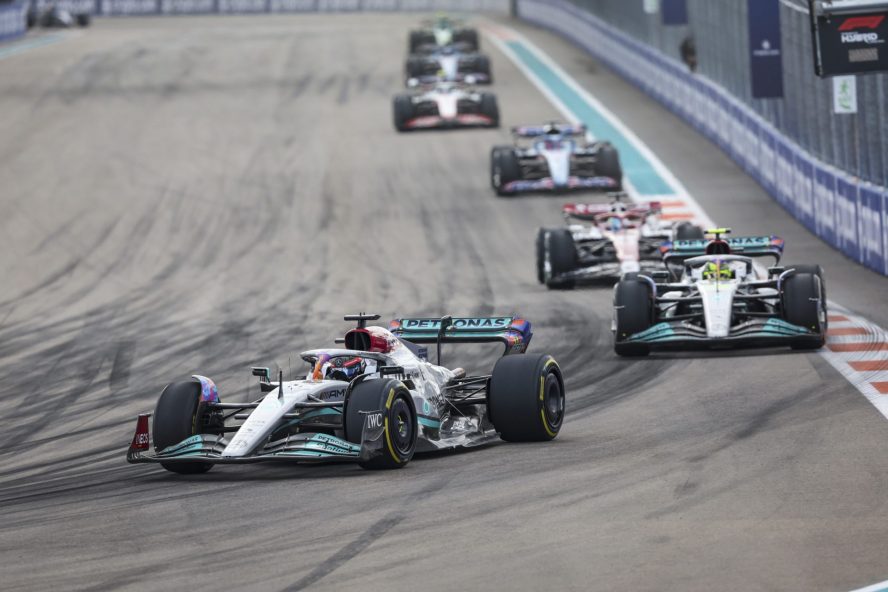 Mercedes-Benz Group chairman Ola Källenius has announced that the German marque “will remain” in Formula 1 for the long term.

A big reason for that is both the company’s and the sport’s plans for a carbon-neutral future.

After eight consecutive years at the very front of the grid – and 15 constructors’ and drivers’ championships to show for it – the Silver Arrows are having a difficult year.

With Ferrari and Red Bull now clearly the class of the field, Mercedes drivers Lewis Hamilton and George Russell have generally spent the early parts of 2022 fighting for ‘best of the rest’.

But despite their current troubles, Källenius has now confirmed the constructor’s long-term plans to stay in Formula 1.

Speaking at the Financial Times Future of the Car Summit, he said: “We have decided to go down this path of decarbonisation. It is the only decision we can make, and the same goes for Formula 1.

“The next engine regulations will give much more importance to the electric part, and there is a clear commitment to make Formula 1 CO2 neutral.”

New engine regulations are set to be introduced in four years time, which has also seen confirmed interest from Porsche and Audi, with the two VW Group brands planning to enter the sport for the start of the 2026 season.

The new plans would see the power units become more reliant on electric power, as part of a series of plans to reduce the sport’s carbon dioxide emissions.

This is something which Källenius sees as crucial and very much in line with his own company’s vision of the future.

“For the next regulation, the proportion of electricity used on a lap will increase. There will still be a combustion engine but it will be used as a laboratory to develop CO2-free fuels, which the aviation industry will probably need, and maybe also to reduce the footprint of the existing car fleet.

“We are not yet at the stage where we can run a race like we saw in Abu Dhabi with only battery power. A sport like Formula 1 has to put on a show, so the decarbonisation route has to be taken.

“Battery technology is not yet perfected. But going CO2-free and putting more emphasis on electrification ensures Formula 1 remains very relevant and that we will remain.”

Whether or not seven-time world champion Hamilton will still be in F1 to see these changes implemented is very questionable, but they certainly fit with his environmentally-friendly approach and he will be pleased to see his current team continuing to push for change on that front.

Now he just needs them to get back to the front of the grid.