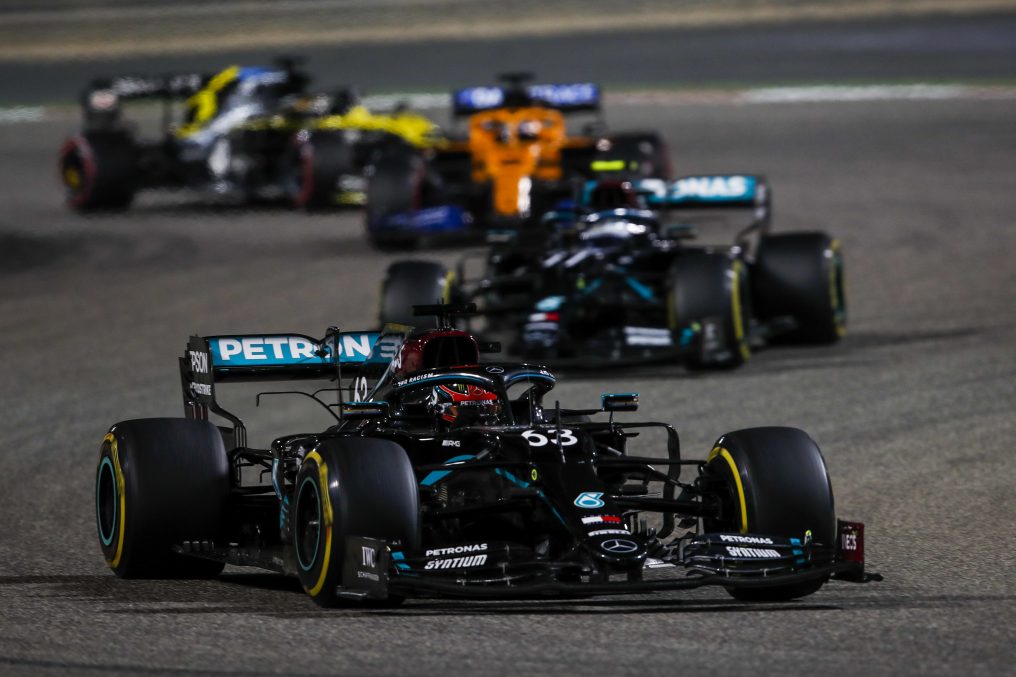 The most anticipated bit of F1 news, and the worst kept secret in the 2021 paddock: George Russell will partner 7-time world champion Lewis Hamilton.

Following on from Kimi Raikkonen’s retirement, and Valterri Bottas’s move to Alfa Romeo, the Silver Arrows have confirmed George Russell as their second driver for the 2022 season.

Russell impressed the team, and everyone else, when he stepped into the Mercedes garage at the 2020 Sakhir Grand Prix to fill in for Lewis Hamilton. Even though a pit-stop mix up and a puncture ruined what seemed a certain maiden race win for the Brit, it was only a matter of time until he would be in a Mercedes cockpit for good.

“His work ethic and performance have continued to impress during his three seasons with Williams; he is now ready to make the step to Mercedes and to continue his career development alongside Lewis Hamilton, after signing a long-term contract with the team.” Mercedes said in their statement.

Mister Saturday has outperformed his Williams, and current team mate Nicholas Latifi, practically all season, and secured his first ever F1 podium at this years Belgian GP.

George Russell on moving to Mercedes said: “It’s a special day for me personally and professionally, but also a day of mixed emotions. I’m excited and humbled to be joining Mercedes next year, which is a huge career step, but it also means I’ll be saying goodbye to my team-mates and friends at Williams. It has been an honour working alongside every member of the team, and an honour to represent the Williams name in F1.

“Since I joined in 2019, we have worked tirelessly to push each other forward and bring the team back up the grid where it belongs. We’ve battled for every qualifying position, every point, and every tenth of a second. No matter how tough it’s been, nobody has ever given up, and that has inspired me every day. I’ve loved every moment in what I’d describe as a true heart and soul racing team, and I’ll be pushing harder than ever to make sure we end our story in the best possible way.

“Looking ahead to next season, I’d be lying if I said I wasn’t absolutely buzzing. It’s a huge opportunity and one I want to grab with both hands. But I’m under no illusions as to the scale of the challenge; it’s going to be a steep learning curve. Valtteri has set a high bar, consistently delivering week in and week out, scoring wins, pole positions and helping win multiple championship titles.”