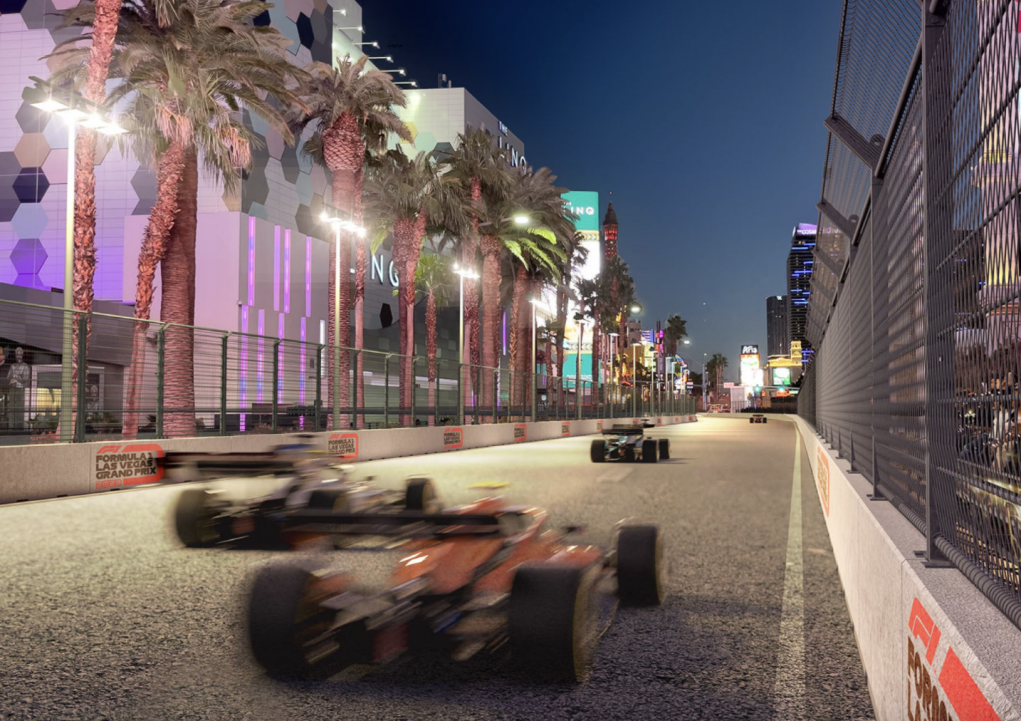 Formula 1 confirmed a return to Las Vegas for a Saturday night street race in 2023.

The race will take place along the amazing iconic Las Vegas Strip in late November.

Starting next year, the United States will be hosting three Grands Prix including Miami, Austin and Las Vegas.

The last time F1 raced through Las Vegas was the Caesars Palace Grand Prix in 1981 and 1982.

This is an incredible moment for Formula 1 that demonstrates the huge appeal and growth of our sport with a third race in the US. Las Vegas is a destination known around the world for its excitement, hospitality, thrills, and of course, the famous Strip.

The Las Vegas street circuit is 3.8 miles (6.12km), with three heavy straights, 14 fun corners with nine left turns and five right turns, a high-speed sequence and a single chicane section. This will impact downforce aerodynamics and rear wing strategies for teams. Drivers will enjoy 50 laps at around 212 mph (342km/h).

Iconic Las Vegas and Formula 1, the pinnacle of motorsport, is the perfect marriage of speed and glamour. Our confidence in this unique opportunity is evident in our decision to assume the promoter role for the Las Vegas Grand Prix in partnership with Live Nation. We could not be more excited to work with our local partners to create a marquee event. The potential of Formula 1 has been well demonstrated over the last several seasons and the Las Vegas GP will only take it to the next level.

This is great opportunity to expand motorsport coverage and audiences in North America. Las Vegas is the global centre of entertainment. After all, it’s called Sin City. Couldn’t think of a better place to race in the United States.

LVCA CEO & President, Steve Hill said, “We eagerly anticipate the moment when the history, energy and momentum of Formula 1 will culminate in an unforgettable Saturday night on the Las Vegas Strip. Spectators will experience the unrivalled thrill of watching these world-class drivers race through what is sure to become one of the most iconic racetracks in the world. Formula 1 and Liberty Media have been incredible partners, and we look forward to November 2023 when we once again showcase that Las Vegas is ‘The Greatest Arena on Earth.”

The drivers can’t believe it. It’s going to be insane! Get ready for a special spectacle in a wonderful city. With more race locations being added, what other cities would you like to see on the calendar?