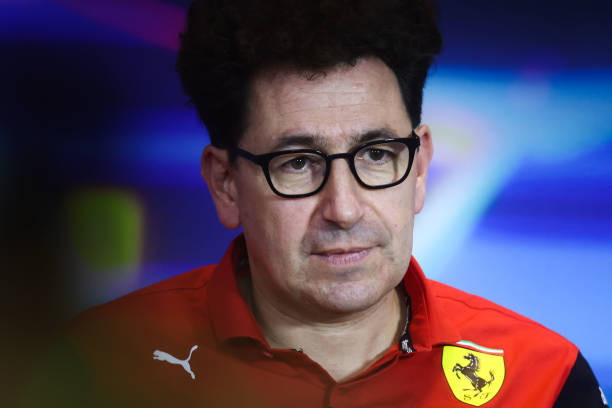 Ferrari team principal Mattia Binotto is likely to announce his departure from the team today.

According to Italian media, he is set to leave Ferrari due to a lack of trust among those who lead the team. These figures include John Elkann, who has been the chairman of Ferrari since July 2018.

The news follows what was a disappointing season for the Italian team. Whilst it initially looked like they could challenge for the world title in the early races of 2022, a myriad of strategy errors and incidents helped to hand victory to Red Bull.

Binotto endured the brunt of the blame, with many criticising his handling of the team’s mistakes.

In recent weeks, the rumour mill suggested that Fred Vasseur was in contention to take over at Ferrari. Currently the team principal at Alfa Romeo, the Frenchman has a long career in team management and nurturing talented racers.

Whilst Ferrari passionately denied the rumours, it appeared to only be a matter of time before Binotto left the scene.

In relation to speculation in certain media regarding Scuderia Ferrari Team Principal Mattia Binotto's position, Ferrari states that these rumours are totally without foundation.

With the official announcement expected later today, it seems unlikely that this will be an amicable separation. The Swiss engineer has worked in Maranello for 28 years but allegedly grew tired of the frustration directed towards him by his own colleagues.

In Formula 1, it is more than common for employees to jump from team to team. Despite that, it is rumoured that McLaren’s Andreas Seidl rejected the offer of becoming Ferrari’s new team principal.

Binotto’s contract is not supposed to expire until the end of 2023, but it is alleged that neither he nor other prominent figures at Ferrari want him to stay for that long.

Vasseur would certainly be an acceptable replacement in the eyes of Charles Leclerc. The Alfa Romeo team principal started his career in the lower formulae, where he fostered talents such as Valtteri Bottas and Lewis Hamilton.

In addition, he worked with Leclerc in both GP3 and, once the Monegasque moved up to F1, at Sauber.

Their close relationship could ease the tension that currently permeates the team if Vasseur’s move is true.

With Red Bull suffering from reduced wind tunnel time as a consequence of breaking the cost cap, it is crucial that Ferrari take advantage. When is the best time to win a championship, if not when their biggest rival has fewer development opportunities?

For them to make the most out of Red Bull’s misfortune, a strong leadership structure is required. The team has the drivers it needs – Leclerc and Carlos Sainz have demonstrated their remarkable skills time and again. Now, they need a reliable, confident team principal.